All play and no studies: Students in Agency in a tight spot 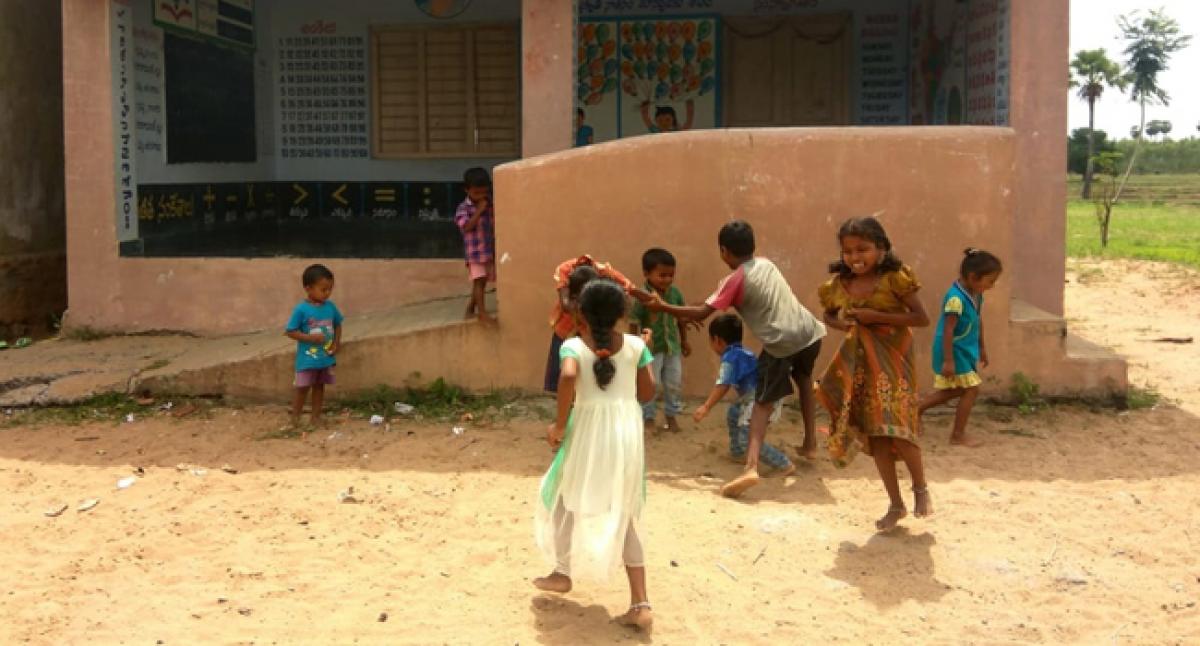 Kothagudem: The new academic year has begun and schools across the State have come to life after the summer vacation. The government has been making tall claims about improved conditions in State-run schools and leaving no stone unturned to increase the enrollment in its schools.

Ironically, many of the schools in rural Telangana have no sufficient teaching staff as the vacancies remain unfulfilled. The government, which conducted several programmes including Badi Bata and other intensive campaigns by teachers and Education department officials, seems to have forgotten to fill the vacancies and therefore schools in Agency areas of Kothagudem are yet to begin classes.

Hundreds of students in Agency area are hoping against to hopes to get teachers so that they can begin their studies. They have appealed to the authorities to appoint teachers immediately for the smooth conduct of classes.

One month has already completed in the academic calendar of this year. In Bhadradri- Kothagudem district, no classes are running due to the lack of regular teachers in many schools. The district is located in the Agency area and most of the children are going to study in government schools. In those schools, students have been facing problems due to lack of regular teachers.

Students who are going to schools regularly are just playing during the class timings due to no teachers. In fact, some of the schools, there are not sufficeint staff even to keep a watch on students. Last year also, 57 schools ran only with Vidya Volunteers. This year, the government has not even appointed Vidya Volunteers yet. The Education department is managing such schools with teachers from nearby schools.

However, as the department will carry on with its assignment tests as per the usual schedule, students of these schools will be surely at loss. The first test is scheduled in this month and students are parents are at sixes and sevens as classes are yet to begin. The students who are studying in these schools and a worried lot and are asking the authorities how they will write the examinations wihotut learning any lesson.

A student leader in the district A Raju demanded that the government should immedately take steps to address their burning issue and appoint regular teachers in all schools in the Agency area. He urged the government to fill the vacant post with immediate effect.

Speaking to The Hans India, District Education Officers D Vasanthi agreed that many teachers’ posts are vacant in the district. However, counseling process for teachers transfers were going on and soon the shcools would have adequate teachers, she said. Proposals for the appointment of Vidya Volunteers had been sent to the government, the DEO said. “We are managing the schools with the existing teachers as of now,” she said.