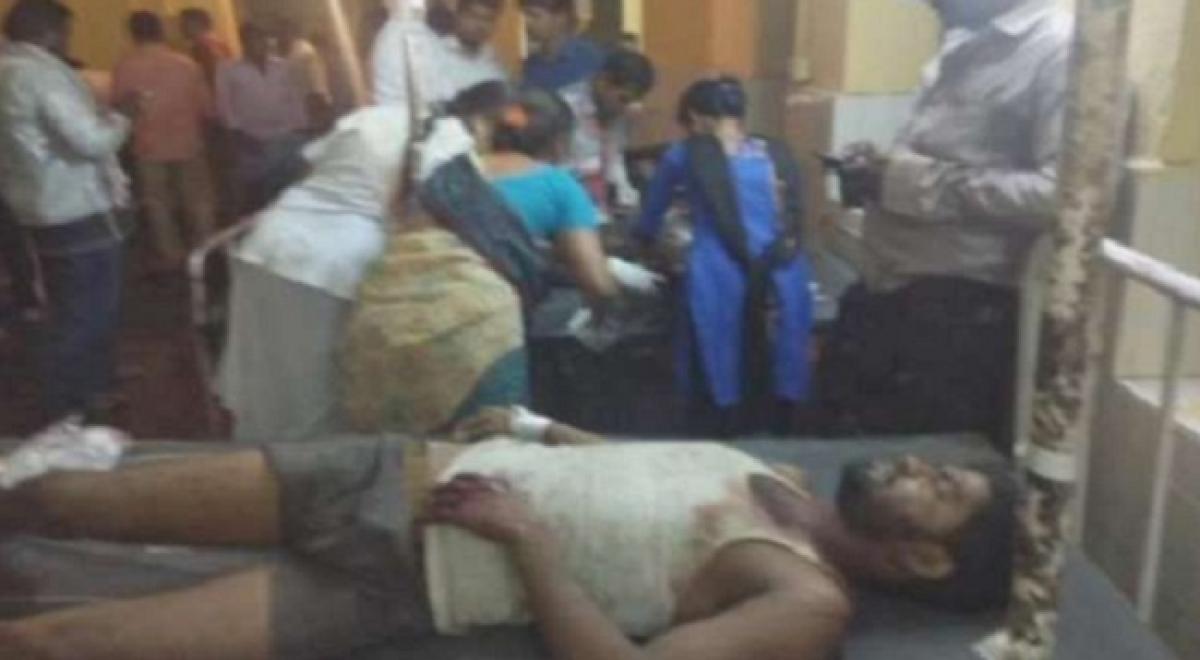 Police registered a case against TDP leader who is the owner of the quarry in Hattibelagal in Kurnool where massive blast occurred claiming more than 10 lives last night.

The TDP leader Srinivas Chowdary was held responsible for the ghastly blast incident. The initial reports says blast happened due to huge dumping of gilletin sticks. Police are conducting postmortem of the bodies in the presence of local revenue officials.

The bodies will be handed over to the bereaved family after completing the process.