Drones, AI can be used to monitor Yamuna: NGT-constituted panel 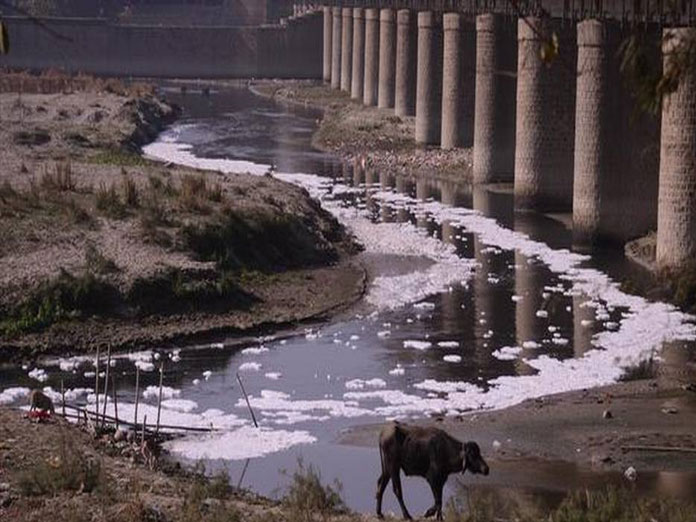 To check encroachment on its vacant land, the Delhi Development Authority has tied up with ISROs Regional Remote Sensing Centre

To check encroachment on its vacant land, the Delhi Development Authority has tied up with ISRO’s Regional Remote Sensing Centre.

Drones, artificial intelligence and satellite imagery could be used to monitor pollution level of the Yamuna caused by dumping of debris at the floodplains of the river, according to a committee constituted by the National Green Tribunal.

To check encroachment on its vacant land, the Delhi Development Authority (DDA) tied up with the Indian Space Research Organisation’s (ISRO’s) Regional Remote Sensing Centre (RRSC). The DDA is putting a computerised system in place to detect encroachment using satellite images provided by ISRO. If successful, the satellite imagery can also be used to monitor the Yamuna floodplains, according to a report by the monitoring committee established by the NGT to monitor Yamuna cleaning operation.

“In addition, artificial intelligence, aerial mapping or drones can also keep a track of quantum and location of debris being dumped,” the monitoring committee recommended.

“For monitoring of encroachments on vacant land using satellite imageries the subject was taken up with ISRO. DDA has reported that an agreement has been signed on July 6, 2018, and will become operational by July 6, 2019. If successful, it will be implemented in the monitoring of Yamuna river floodplains,” the monitoring committee said in the report, accessed by PTI.

The panel has also recommended that an awareness programme must be organised to make people realise the importance of the river as “it means nothing to the citizens as it is providing no opportunity for cultural activities, leisure or recreation...Efforts to convert the retrieved waste into agarbattis and other useful products would be promoted,” the report said.

The committee also suggested that the state government should set up a consortium of NGOs and board members of the Delhi Pollution Control Committee to jointly consider and approve small, innovative projects which can lead to reducing pollution.

It also said that enforcement action must be taken to stop sale on the bridges over that leads to pollution of the river.

“The monitoring committee felt that building awareness required a beginning to be made with school children which could be handled with political leadership as had been done in the case of other earlier campaigns for firecrackers and environmentally safe Holi colours,” the report said.