"I Ask Rahul Baba, Who Is The Leader Of Grand Alliance": Amit Shah 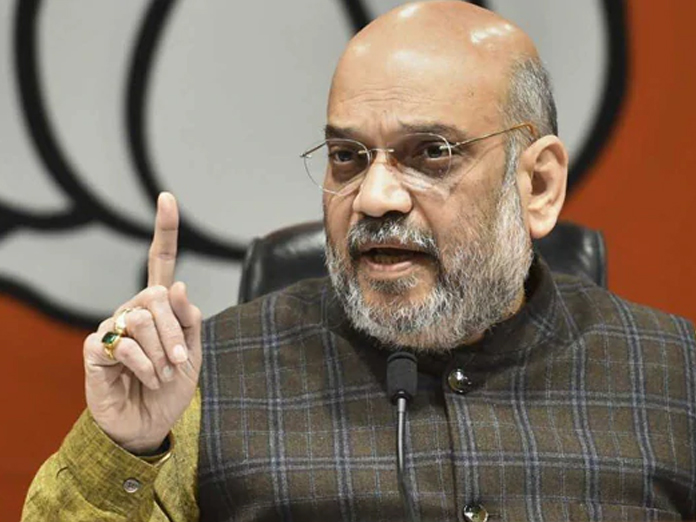 A day after top opposition leaders agreed to work together and consider forging a prepoll front, BJP president Amit Shah on Thursday asked the proposed mahagathbandhan grand alliance to spell out the name of its prime ministerial candidate

SINDHANUR/HOSPTE: A day after top opposition leaders agreed to work together and consider forging a pre-poll front, BJP president Amit Shah on Thursday asked the proposed ''mahagathbandhan'' (grand alliance) to spell out the name of its prime ministerial candidate.

Addressing the convention of Shakti Kendra Pramukh in Sindhanur in Raichur district of Karnatkaa, he mocked at the proposed alliance saying if it came to power, there will be different "power houses" and every day there will be a different prime minister.

"I ask ''Rahul Baba'' (Congress president) Rahul Gandhi who is the leader of your Mahagathbandhan?" he said.

Opposition leaders, including Rahul Gandhi and Mamata Banerjee, Wednesday met at NCP president Sharad Pawar's residence and agreed to work together to prepare a common minimum programme to oust the Modi government and to consider forging a pre-poll alliance for coming Lok Sabha polls.

Mr Shah said he knew that these leaders would not come to power and repeated his barb that there would be different prime minister on different days.

"Even if they come, I know how they will run the government. Monday prime minister will be Mayawati, Tuesday Mamata Didi, Wednesday Deve Gowda, Thursday Chandrababu Naidu, Friday Akhilesh Yadav, Saturday Stalin and on Sunday the country will go on holiday. Is this how the nation is run?" the BJP chief told the gathering which cheered in response.

He took a jibe at Karnataka chief minister HD Kumaraswamy saying he has openly stated that he was not answerable to the people of the state but only to the Congress, his coalition partner.

He also took a potshot at the JDS-Congress government, saying Congress MLAs were calling their leader Siddaramaiah was their chief minister.

"What kind of government is this? Who will trust this government? he asked.

Speaking about the National Register of Citizens, he said it was essential to remove intruders but the opposition led by Congress was against it.

"It is necessary to send back the intruders. Amaliya, Jamaliya have intruded into our country but Rahul Baba, JD(S) and others are against it.They want to give them asylum here.

"Why? Are they your (Rahul Gandhi and others) cousins? Elect the BJP government in 2019 and we will throw out all the intruders," Mr Shah said.

He also spoke about the contentious Ayodhya issue saying that a grand Ram Temple was high on the BJP''s agenda and accused Congress of "obstructing" the construction.

The Congress, said Mr Shah, wanted the Supreme Court to hear the matter after the election.

Noting that the BJP wanted development in Karnataka, Mr Shah alleged that the Nehru-Gandhi family and former prime minister

HD Deve Gowda family were obstructing the growth of the state.

The Centre had released Rs. 3.88 lakh crore for Karnataka but the two dynastic parties were "doing the job of looting Karnataka", thus the money was not reaching at the ground level, Mr Shah alleged.

Later, addressing an intellectual meet at Hospet in Ballari district, Mr Shah slammed dynastic politics saying it blocks the growth of the capable persons and gives opportunity to the undeserving because they belong to ''royal'' families.

" We had rejected the monarchy and opted for parliamentary democracy giving chance to people to choose who should rule the nation but today families have become parties. Dynasties have guised as political parties. It defeats the purpose of multi-party democracy," Shah said.

The BJP president claimed that BJP was the only party having faith in democracy because a person from the humble background like him and prime minister Narendra Modi have had the chance to rise to the highest positions.

Speaking about the loan defaulters fleeing the country, he said it was due to Modi''s tough stand. In the past, these defaulters used to stay and enjoy.

"Earlier they used to stay and enjoy defaulting loans because earlier there were Bhagidar (partners) in power. Now a Chowkidar (watchman) has come hence, they are on the run," Mr Shah added.