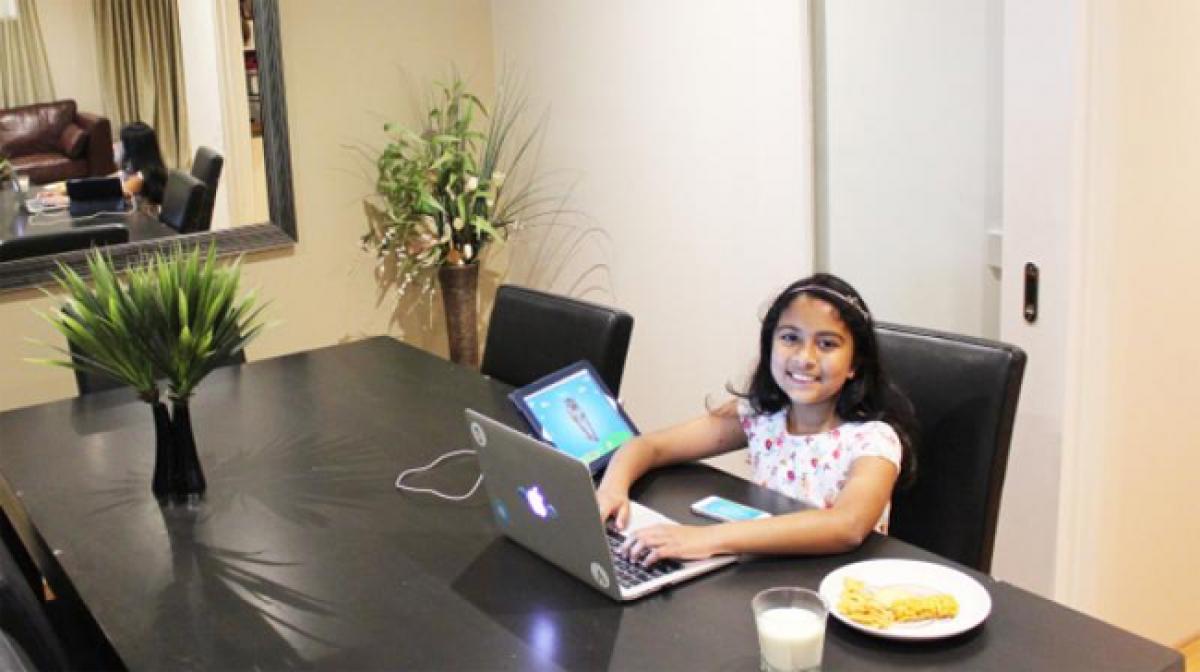 Indian-origin Anvitha Vijay is only nine years old but she has already developed a handful of apps for Apple’s iPhone and iPad. Recognising her...

Indian-origin Anvitha Vijay is only nine years old but she has already developed a handful of apps for Apple’s iPhone and iPad. Recognising her potential, the US-based technology giant has invited her to its annual Worldwide Developers Conference (WWDC) in San Francisco.

This made her the youngest participant at the event considered the Mecca for app developers, Fortune magazine reported on Monday.

Two years ago, Vijay, who lives in Australia, was facing a 'cash crunch' when she decided to build a mobile app.

With only $130 in her piggy bank -- not enough to pay a developer to build the app for her -- she decided to take matters into her own hands and spent a year watching free tutorials on YouTube and internet to learn how to programme, Fortune magazine reported.

On Monday, Vijay will join thousands of other developers to be a part of the WWDC 2016. The India-origin girl will be attending WWDC as part of Appl’'s scholarship programme.

"Turning an idea for an app involves a lot of hard work," said the little programmer as she described the process of developing an iOS app. "There are so many components to building an app, including prototyping, design and wireframing, user interface design and then coding and testing," she was quoted as saying.

According to Fortune, she's already working on her next app, which would help children her own age to set goals.