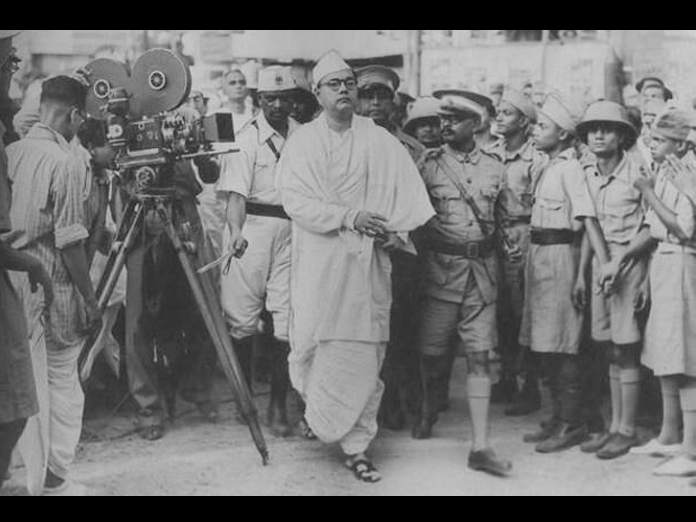 History echoes from these walls, the Netaji Subhash Chandra Bose museum in Delhis Red Fort informs its visitors as they enter the reclaimed barrack building where brave soldiers of the Indian National Army INA, fighting for an undivided and free India, were once courtmartialled and tried for treason by the British over 73 years ago

New Delhi: ‘History echoes from these walls’, the Netaji Subhash Chandra Bose museum in Delhi’s Red Fort informs its visitors as they enter the reclaimed barrack building where brave soldiers of the Indian National Army (INA), fighting for an undivided and free India, were once court-martialled and tried for treason by the British over 73 years ago.

A fitting tribute to the life and contribution of the iconic leader on whose patriotic call thousands had deserted the British Indian Army to join the INA, along with many Indian expatriates, the ‘Bose and Indian National Army’ museum was inaugurated on his 122nd birth anniversary by Prime Minister Narendra Modi on January 23.

Presented to Modi by Netaji’s grand-nephew and politician Chandra Kumar Bose, Netaji’s widely-recognised cap is the ‘piece de resistance’ of the extensive museum and garners significant attention from the visitors.

“This is the space where the trial judge used to sit. So we have left the space like that,” a panel said.

The museum’s galleries depict Netaji's life from his childhood, his revolutionary college days and early political activity in Kolkata (then Calcutta), to his commanding the Azad Hind Fauz (INA), clarion calls of ‘Dilli Chalo’, ‘Tum mujhe khoon do, main tumhe azadi dunga’ (Give me blood, and I shall give you freedom), and ultimately takes one to his last available photograph in which Netaji is seen “deboarding a plane at Saigon, from where he is said to have taken a flight to Touraine and Taipei on August 18, 1945”.

“What happened after that is shrouded in mystery and different viewpoints have been expressed. Amidst them, all we can say here is that Netaji has disappeared. The mystery shrouding this remains inconclusive,” the museum said in its last panel.

Similarly, the role of INA from its inception till the trials of its soldiers is also depicted, taking into account its organisation, battles fought, the awakening it created and its popularity in India.

As one enters the museum, the photographs of the first three officers to be tried in the barrack - Col. Prem Sehgal, Lt. Col. Gurbaksh Singh Dhillon and Major General Shah Nawaz Khan - are put up for view.

“Information on Netaji is still available in some abundance otherwise, but the museum has brought details about the Indian National Army to the fore, under one roof, which I think is very educational,” a member of a group of visitors working in the navy told IANS.

The oral testimonies of several INA veterans, many of them now in their 90s, also feature in documentaries that play in the galleries. Also exhibited are the military uniforms of INA’s special regiment, the women-led Rani Jhansi Regiment consisting of women from all sections - indentured labourers, middle class, and business families.

Mounted alongside Netaji's sword and sheath, and his historic chair - brought from INA's Myanmar headquarters to India by his nephew Amiya Nath Bose - an interactive digital panel counts days and years passed since the 1945-46 INA trials.

The museum, created by the Archaeological Survey of India (ASI), has as its chief historian Professor Kapil Kumar, Director of Indira Gandhi National Open University’s Centre for Freedom Struggle and Diaspora Studies.

It is curated by Design Factory India. The museum remains closed on Mondays.