Palaniswami hints at alliance with DMDK 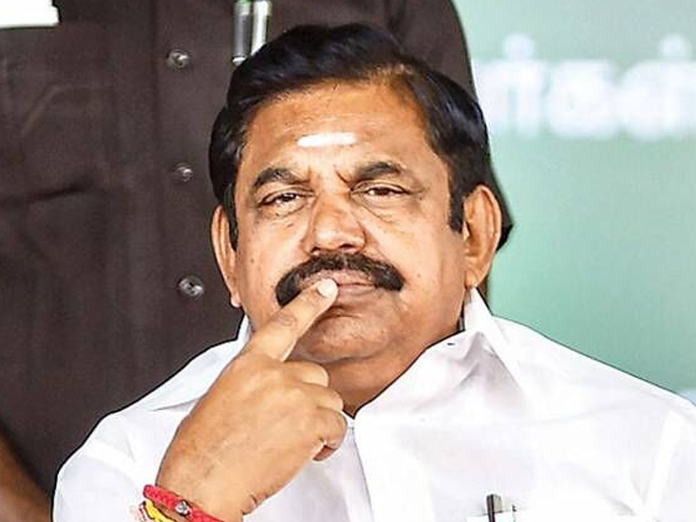 Tamil Nadu Chief Minister K Palaniswami on Monday said talks were on with several parties, including DMDK, to strike alliances for the coming Lok Sabha elections and the AIADMK expected such outfits to join them

Salem (TN): Tamil Nadu Chief Minister K Palaniswami on Monday said talks were on with several parties, including DMDK, to strike alliances for the coming Lok Sabha elections and the AIADMK expected such outfits to join them.

A day after DMDK hinted that parallel talks were on with DMK as well Palaniswami told reporters here, “we wish several parties join us.”

Asked about his cabinet colleague and party leader D Jayakumar’s reported remark that AIADMK would be happy if DMDK joined hands with them and no worry either if they did not, the Chief Minister said “it is his opinion, I don't know.”

Palaniswami said the AIADMK’s wish was to forge a mega alliance of several parties and talks were on with outfits, including the DMDK. To ensure continuance of ongoing growth projects and for new projects to take off in Tamil Nadu, the top ruling party leader said the AIADMK-led alliance should send a robust number of MPs to the Lok Sabha.

On Sunday, DMDK senior leader Premalatha, referring to DMK chief M K Stalin calling on her husband and party chief Vijayakanth to enquire about his health,said, “the whole world knows that it cannot be only about enquiring his (Vijayakanth's) health and everything has been discussed.” She had also ruled out scope for a third front, indicating that the options were limited to either the ruling AIADMK or the main opposition DMK.

Asked about criticism that PMK had joined hands with AIADMK after censuring it over several allegations, Palaniswami said: “Political tie-ups for elections have always swung from one side to the other....Though the PMK had criticised the DMK, it had joined hands with that outfit (in previous polls),” he said, adding that “ideology is one thing and striking an electoral alliance is another.”

During every election, political coalitions are cobbled up only on the basis of ability to win so that welfare projects reached the people, he said.

The Chief Minister said a slew of welfare initiatives of Amma's government were being implemented well and all such projects have reached people, “increasing the influence of the AIADMK regime. We and our coalition partners will win a large number of seats in Tamil Nadu and Puducherry."

To a question on arch rival TTV Dhinakaran-led Amma Makkal Munnetra Kazhagam announcing that they would contest in 38 constituencies in the state, he mocked his political opponent, saying “his outfit can even fight in all the Lok Sabha segments in the country...it is a very big party.”

In Tamil Nadu, AAIDMK would lead the alliance and at the national level, it will be steered by the BJP-led NDA, he said, adding that the constituencies to be contested by his party would be made known after allotting seats for potential allies AIADMK had on February 19 inked poll pacts with the PMK and the BJP.