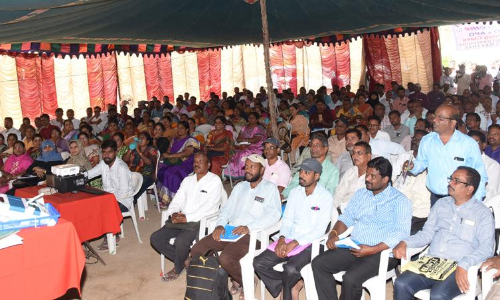 Mahbubnagar: District Collector Ronald Rose on Wednesday gave clear instructions to the concerned polling and assistant polling officers that they must conduct a mock polling with at least 50 people before starting the actual polling process at all polling stations across Mahbubnagar district.

The Collector advised officials that they should not expose the VVPAT machines to open light as it is very delicate and sensitive to light. The Collector also advised the officials to ensure there is a correct connection between the control unit, VVPAT and EVM machines. Any error in connection will cause a great delay in the polling process and the officials do not want to give any such chances.

If in case there is any problem with the VVPAT and if anyone complains that their vote is not visible, for such cases, the polling officials are directed to take the declaration proforma and inform the same to the polling agent and fill epic number in register along with name and give him a voter slip to then ask him to vote.