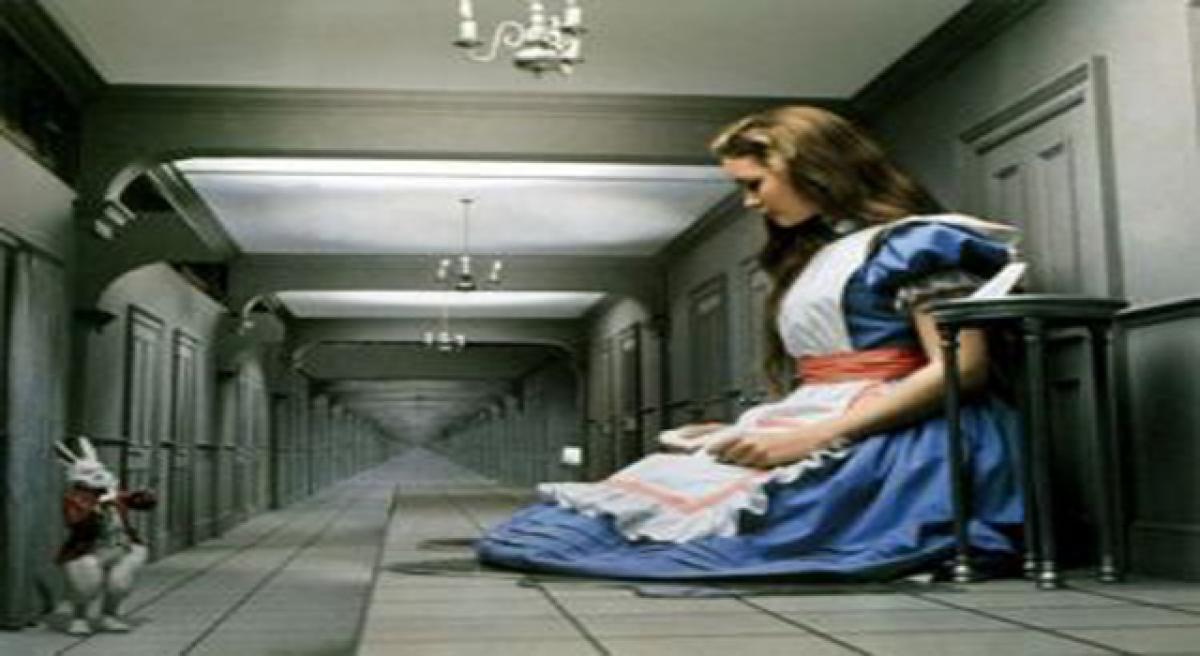 The BJP was doing really well till this  Dayashankar moment one should admit. Because the way things were turning up, it seemed there could be a...

The BJP was doing really well till this Dayashankar moment one should admit. Because the way things were turning up, it seemed there could be a four-way contest in UP the next year in the Assembly elections.

The Congress was laboriously putting in place its strategy with Sheila Dixit's Brahmin face and Priyanka Vadra's Indira-looks. SP was struggling to retain its Yadav-Muslim chemistry and Mayawati was planning her future going back to her social engineering roots.

BJP was not doing bad with its own Brahmin-Bania-Backward Class strategy. It is too early to predict anything one would say until three days ago. Suddenly it all looks so distant now

May I for my own self song's truth reckon,
Journey's jargon, how I in harsh days
Hardship endured oft.
Bitter breast-cares have I abided,
Known on my keel many a care's hold,
And dire sea-surge, and there I oft spent
Narrow nightwatch nigh the ship's head
While she tossed close to cliffs.

That was Ezra Pound's take on an earlier poem.

Sounds like an ode on solitude! Well, it ought to be. When someone looks at the disheveled and disarrayed look of the ruling Bharatiya Janata Party, which was riding high on hope till a couple of days ago, one feels sorry.

Usually an almanac comprises a calendar of the year which shows: days and weeks and months, a register of feast days and saints' days, a record of astronomical phenomena and sometimes it contains meteorological forecasts and agricultural advise on seasonal activities.

Look at the almanac of the BJP. It alternates between triumph and disaster. As in a game of snakes and ladders, it does not seem to know when it climbs a ladder or when it should slide down to the tail of the snake. Disaster, catastrophe, calamity, cataclysm, tragedy or act of God, call it what you may, but this party likes a combination of all these so much so that, whatever achievements it could have, all those pale into insignificance.

One could afford to be reckless while in the Opposition all though not advisable at all. While in ruling, one should have the temperament, stature and maturity to govern the nation justly. The ruling party, however, does seem to have a penchant for trouble unlike any other.

A unique aspect of the BJP is its loudmouth or some of its members who are so. These guys have the uncanny ability to pull the rug from under the feet of Narendra Modi at any given time. They singularly could deliver a devastating blow to the political fortunes of Modi and this has been proved many a time.

I doubt very much Modi even knows one Dayashankar Singh of UP. But how would he ever imagine that this functionary from UP could spell doom for the party in the next Assembly elections?

"We have done all we could. Our senior leader condemned his utterances in the parliament and apologised. We have not just suspended but also thrown him out of the party for at least six years.

What else are we expected to do? The Opposition always protests. This will not impact the party in any way". This was how one senior leader of the BJP put it. Is he right? Have they forgotten 'Dadri kaand' and its impact on the Bihar elections outcome?

The BJP was doing really well till this Dayashankar moment one should admit. Because the way things were turning up, it seemed there could be a four-way contest in UP the next year in the Assembly elections. The Congress was laboriously putting in place its strategy with Sheila Dixit's Brahmin face and Priyanka Vadra's Indira-looks.

SP was struggling to retain its Yadav-Muslim chemistry and Mayawati was planning her future going back to her social engineering roots. BJP was not doing bad with its own Brahmin-Bania-Backward Class strategy. It is too early to predict anything one would say until three days ago. Suddenly it all looks so distant now.

Everything it sees, be it the bed, the pillow or the TV in the room...it all looks far, far away. This is a medical condition in fact. People with this condition describe it almost uniformly. Tossing on your bed, when you look at the ceiling, it looks as though you need a rocket to reach it. The pen that you need to pick up from the table looks like some miles away.

And that, Sir, is known as Alice in Wonderland syndrome! For the BJP leadership now, the details and texture of the electoral battle that lies ahead must be looking like a million miles away. It leads to sweat and panic and the heart rate picks up and it gives sleepless nights.

That is what Dayashankar has done to the BJP. By far, this could turn out to be the deadliest blow ever to it. It is no doomsday prediction. Coupled with the Una incident of Gujarat where four dalit youth had been tortured for attempting to skin the cows (already dead of course) by local 'Gau Raksha Samiti" members, the disgusting verbal attack on Mayawati have the potential to rewrite history.

With the focus turning on to the dalits from Muslims and the reported coming together of both sections, Mayawati stands to gain as never before in UP. Even the SP leadership must be wary of this factor now. As the increased lawlessness and Yadav domination once again repulses other sections and social groups from the party, the only one to gain will be Mayawati.

Her dalit-Muslim combination will be enough to gain the slight margins she needs to bring her back to power. When both these groups see themselves at the same end of injustice and that too because of the vigilante groups called Gau Raksha Samitis, even the Congress could stand to lose just as the ruling SP. That is about the politics.

India still remains a society in the making. It has not matured in spite of its 5,000-year-old civilisation somehow and sadly. The fragile nature of its unity and the facade of its democracy are bewildering. Every one understands the pain and trauma of Dayashankar's 12-year-old daughter who is being dragged into the controversy or the suffering of his wife, a former lecturer.

It is heartrending to watch thousands taunting them from the streets of Lucknow calling them names. Just as it was wrong to call Mayavati names, it is also wrong to respond similarly. But, it should be borne in mind that there are millions of such daughters and mothers from the dalit families who face such humiliation day in and day out.

And it has been happening for centuries in this ancient land of Vedas, wisdom and Buddha. These hapless dalits only seek justice, whereas, the others seek revenge. That is the fundamental difference in our psychs.

And revenge seeks to rape twice over, the dalit women of this land. It seeks to burn the hutments of the deprived sections. Have we not seen enough visuals in the recent times, of people tied to trees and burnt alive for allegedly transporting cattle?

Our conscience singes when we see members from a well-groomed and educated family cry foul. "Does one have to be punished four times over" Dayashankar's wife questioned traumatically. NO. NO. NO. No need. No one should. But, did we ever ponder over, how many times more these dalits and Muslims are being punished in our society for just trying to eke out a living?

Let us revisit George Orwell’s ‘1984’ wherein the party leader, O'Brien, is talking to Winston Smith, a firm believer in truth, thus: "When you delude yourself into thinking that you see something, you assume that everyone else sees the same...But, I tell you, reality exists in the human mind, nowhere else.

Not in the individual mind, which can make mistakes, and in case soon perishes, only in the mind of the Party, which is collective and immortal. Whatever the Party holds to be truth is truth. It is impossible to see reality except by looking through the eyes of the Party..."

Ironically, the Centre is celebrating the 125th birth anniversary of Dr Baba Saheb Ambedkar this year in a big way.