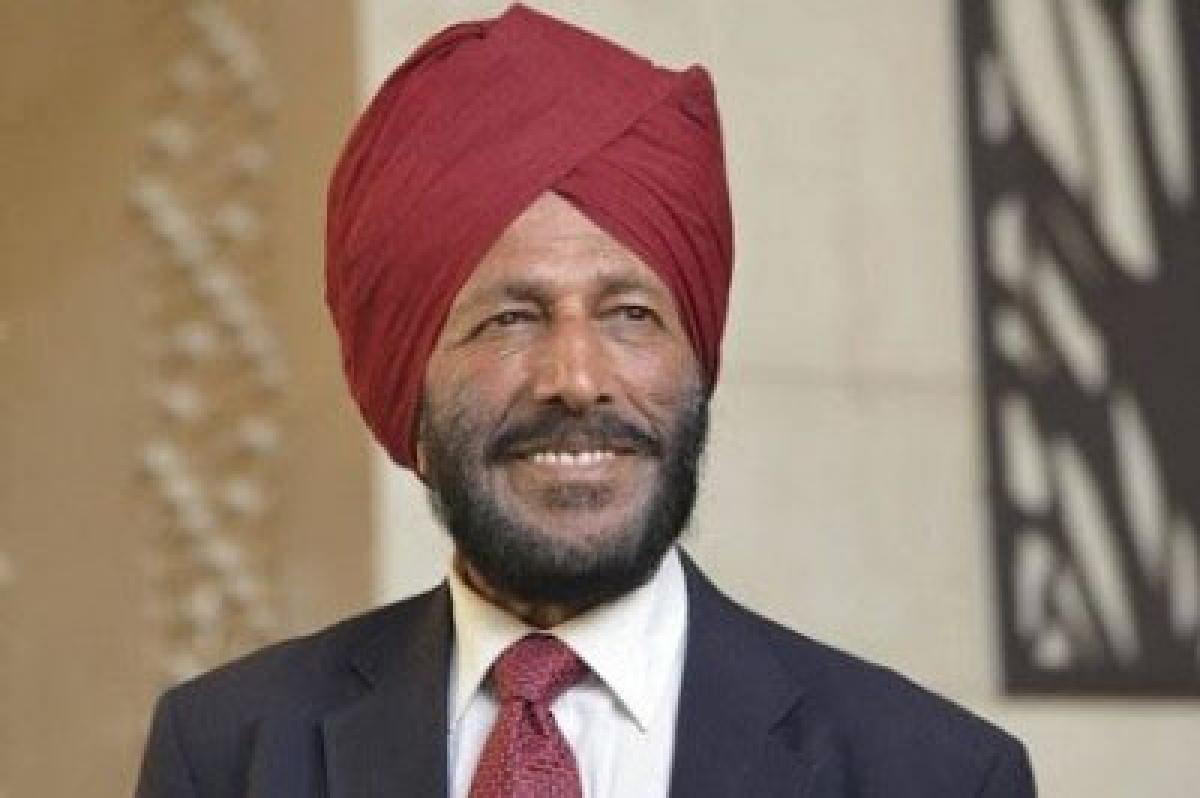 Flying Sikh Milkha Singh has shed tears on five occasions in his eventful life -- and the most heart-wrenching was when he saw his family being killed during the 1947 Partition.

Flying Sikh Milkha Singh has shed tears on five occasions in his eventful life -- and the most heart-wrenching was when he saw his family being killed during the 1947 Partition.

Another frustrating moment which brought tears to his eyes was when he missed an Olympic medal by a whisker at the 1960 Rome Games.

Narrating his bitter-sweet tearful moments at an event here last week, the sprightly octogenarian told an enraptured audience: "Milkha Singh has cried only five times in his life... Thrice these were extremely sad moments while on two occasions, they were tears of joy...."

Taking a stroll down memory lane, the ramrod-straight lanky former middle-distance runner said he still rues having missed an Olympic medal in the 400 metres race at the 1960 Rome Games.

"When I lost the medal in the 1960 Rome Olympics by one-hundredth of a second because of a blunder, it brought tears to my eyes," said an emotional Milkha Singh, who had led the 400 metres race till the 200-metre-mark, before he lost steam short of the tape to finish fourth -- pipped to the bronze by one hundredth of a second.

But the bitter memories that still haunt him are those of the Partition when he lost his parents, brother and two sisters in the communal violence that rocked the sub-continent.

"During the 1947 Partition, my family was killed before my eyes. I was witness to all the brutal killings that took place. I was around 16 years old then. We didn't want to leave our village (Govindpura, which is a few kilometres from Muzaffargarh city in Punjab province of present day Pakistan). But when we resisted, my family had to face the ugly side of Partition. There was bloodshed all around and I was in tears," Milkha Singh recounted to an audience that listened to him with rapt attention.

He further added: "When we reached Delhi, I saw bodies everywhere at the Old Delhi Railway station. There was neither food to eat, nor house to stay. Many deaths took place due to civil disorder. Just because of the fight between two people (Jawaharlal Nehru and Muhammad Ali Jinnah) for the post of the Prime Minister, the partition took place...."

Milkha Singh also recalled how reluctant he was to go to Pakistan in 1960 to participate in a friendly race against Abdul Khaliq, who was also known as the fastest man in Asia, but later agreed on being persuaded by then Prime Minister Jawaharlal Nehru.

"Another moment which brought tears to my eyes -- though of happiness -- was when I won the race in Pakistan in 1960 against Abdul Khaliq. There is an interesting story behind the race. When the invitation came from Pakistan, I initially refused to go. But later I was persuaded by Jawaharlal Nehru who told me to keep aside the memories of the Partition," said Milkha Singh, who was awarded the coveted Padma Shri for his success in the 1958 Commonwealth Games.

He said the title Flying Sikh was given to him by then Pakistan President Field Marshal Ayub Khan who was impressed by his feat after defeating Khaliq.

Milkha Singh credited the Indian army for his success on the cinder track. "I was rejected at the recruitment stage thrice before I finally succeeded in qualifying for entry... and then I was able to get training facilities there which helped me tremendously improve my inherent capabilities...."

In 2013, a film directed by Rakeysh Omprakash Mehra 'Bhaag Milkha Bhaag', starring Farhan Akhtar as Milkha Singh, was made on his life. The Flying Sikh admits he became very emotional while watching the movie.

"Tears rolled down my eyes. Farhan Akhtar asked me, 'Why are you crying Sir?'. To which I replied: 'I saw my whole life in the movie. Every moment reflects reminiscences of my life. It made me very emotional," said Milkha Singh.

"Suddenly, a lady sitting next to the Queen came up and said 'Milkha Singh, you made India proud and Panditji (Prime Minister Jawaharlal Nehru) wants to know, what do you want'. The lady introduced herself as Panditji's sister Vijaylaxmi Pandit (who was then the Indian High Commissioner to the United Kingdom)," he added.

"I replied to her saying if Panditji wants to give me something, then he should announce one-day government holiday in India," a visibly emotional Milkha Singh said.

The author can be contacted at [email protected])