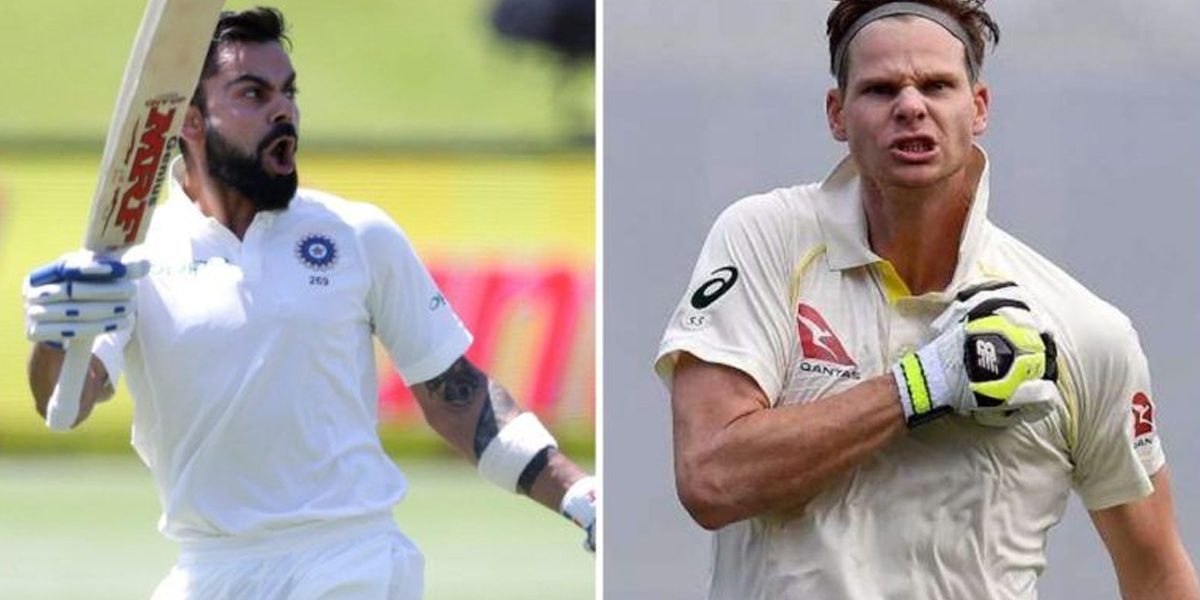 New Delhi: Virat Kohli continued his day job of mesmerising fans with a magical willow at a time when nearest rival Steve Smith found his stocks nosedive after the ball-tampering scandal in what was an intriguing 2018 for international cricket.

Kohli let words like 'law of averages' and 'bad patch' remain confined to grammar books as he went on stacking up astounding numbers across formats with monotonic regularity.

However, for 'Captain Kohli', it took nearly 12 months and three tough tours to shed the tag of poor travellers against an under-strength Australia after losing to South Africa and England earlier during the year.

His contemporary Smith endured an all-time low after his involvement in the ball-tampering during a Test match against South Africa leading to a year-long ban alongside David Warner and Cameron Bancroft.

The cultural shift in Australia's "win at all costs" policy allegedly propagated by the country's cricket establishment saw the downfall of Smith and Warner, the two pillars of the Australian cricket team.

But it provided India with an ideal platform to win their first series Down Under in 70 years with the talismanic Kohli at the helm.

The Indian captain was heads and shoulders above his peers which also impacted the team's performance as they had three gruelling series in South Africa, England and Australia.

Whether it was the hard deck at Centurion or the seaming conditions of Birmingham, and Nottingham to the bouncy Perth, Kohli's dazzling strokeplay was what kept the average fans hooked on to the game.

On a personal front, the tour of England and the 593 runs in the Test series reaffirmed his status as a modern day great, who shines the brightest despite the presence of equally talented players like Joe Root and Kane Williamson.

It was also the year when India found a bowling x-factor in Test cricket in the young Jasprit Bumrah.

With nearly 50 wickets (45 after first innings at MCG) in his first Test season, Bumrah, with his unusually slingy action and searing pace from a seven-step run-up, has made the Indian pace attack the best in recent times.

Bumrah's emergence as a potent Test match bowler is proof that quality can rise through the ranks irrespective of formats.

While India will shift their focus towards limited overs cricket in 2019 with the World Cup in England, the Champions of the 1996 edition, Sri Lanka will be desperate to put their house in order after en masse corruption scandal rocked country's cricket.

Pakistan maintained their reputation of being good one day, bad on the other and ugly when no one can even imagine.

England, on the other hand, made rapid strides in shorter formats during the year and will certainly be a contender to lift the World Cup with players like Root, Ben Stokes, Jos Buttler in their ranks.

Test cricket, save marquee contests, failed to garner eyeballs despite Afghanistan along with Ireland entering the five-day arena. Day/Night Tests may become the order of the day in the next two years.

West Indies and Bangladesh showed sparks in shorter formats but their lack of interest in being competitive in the longest format is not exactly good news for the health of the game.

Predictably, the franchise based private leagues continued to gain momentum with custodians of the game mulling on even shorter formats (ECB's proposed 100-ball league) taking into account the shrinking attention span of viewing public.

One of the high profile retirements during the year was that of AB de Villiers while India's very own Gautam Gambhir also decided to call time on his career.

It was also the year when the Indian women's cricket team attracted attention for all the wrong reasons with senior-most player Mithali Raj accusing coach Ramesh Powar and Supreme Court appointed Committee of Administrators (CoA) member Diana Edulji of trying to finish her career after the World T20 ouster.

If the Virat Kohli-Anil Kumble rift headlined the year 2017, 2018 witnessed top women cricketers like Mithali, Harmanpreet Kaur and coaches washing their dirty linen in public with accusatory e-mails being exchanged and confidential coaches' report being leaked.

The current administrative crisis with COA members Vinod Rai and Edulji being at loggerheads didn't help the cause either.

BCCI CEO Rahul Johri being accused of sexual harassment during India's #MeToo movement was another jolt for the organisation which is already facing a leadership crisis.

While Johri was exonerated by a three-member probe committee, the rift between Rai and Edulji came out in the open causing a lot of administrative instability.

However the men's cricket team remained insulated from the off-field antics as they geared up for the World Cup.

With the talismanic Mahendra Singh Dhoni's career at crossroads following a continual loss of form, 2019 promises to be even more enticing amid speculation that it could well be the one when the much-admired former skipper hangs up his boots, bat and keeping gloves.