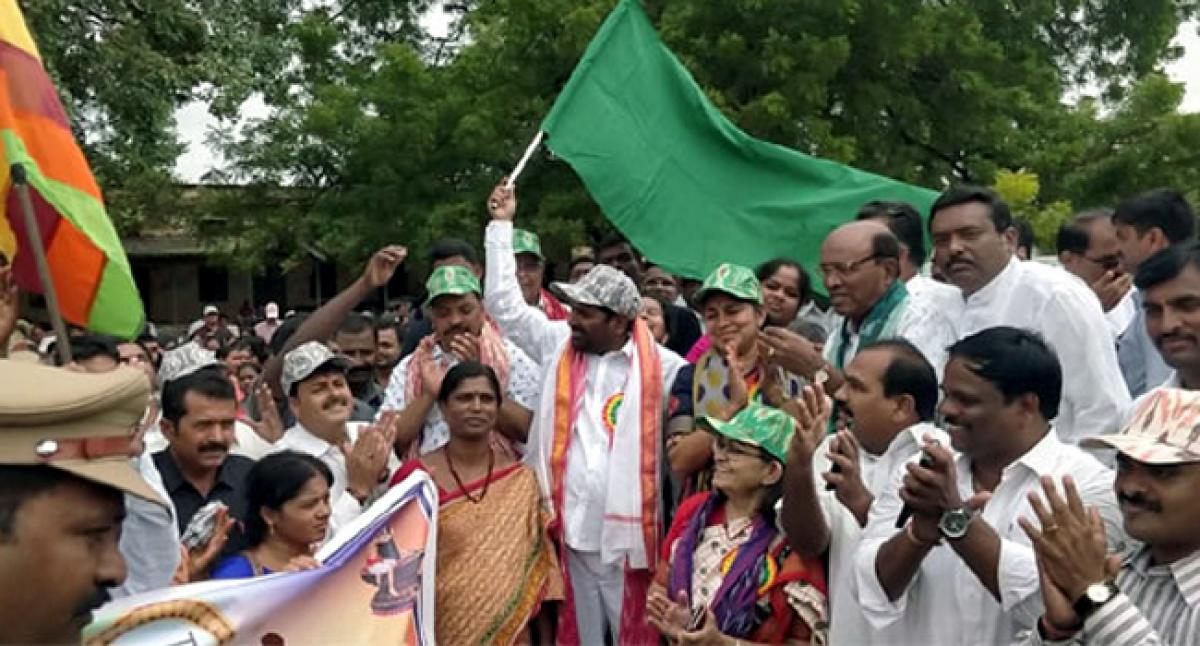 Bhongir: Minister for Energy Jagadish Reddy here on Tuesday said the State government has taken several measures for the welfare of weavers in the last four years.

He was flagging off the handloom weavers rally organised on the occasion of National Handloom Rally by the district administration at Bhongir town. Speaking on the occasion, the Minister said Chief Minister K Chandrashekar Rao knew the problems being faced by the weavers.

He advised weavers to form as societies to get more benefits. He further asked the weavers to adopt technology. He urged the people to encourage the handloom products.