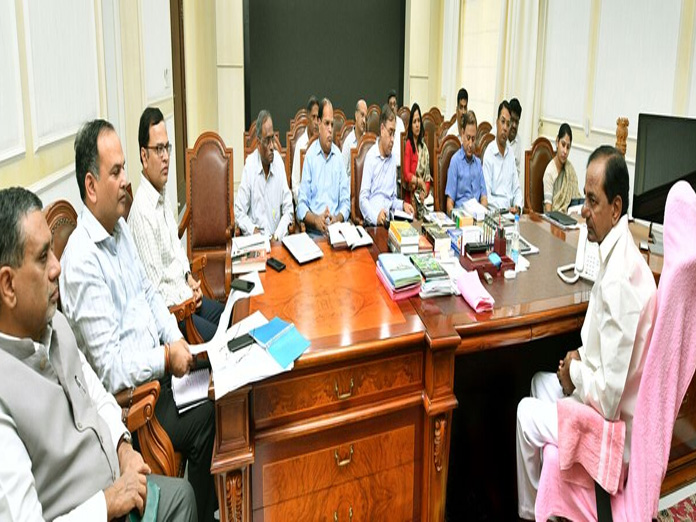 ​Hyderabad: Chief Minister K Chandrashekar Rao on Saturday expressed deep concern over the ‘unilateral’ approach adopted by the Union Government and also the Finance Commission towards the states in the devolution of funds and addressing the economic issues.

The Chief Minister held a high-level meeting with the top officials of the state government to discuss the issues to be brought to the notice of the 15th Finance Commission which will visit the state shortly. He said Finance Commission should think of leveraging the Indian economy and its role has to be totally changed. The Commission functioning should not be a routine affair, he said.

KCR said that “the Finance Commission visits states with pre-conceived notions. They come with pre-occupied ideas like term of reference (ToR) which in fact should be done after they complete their visit, discuss with the state governments and take their views. It’s better if the Finance Commission becomes a policy-formulating body. Devolution is the right of the states. A lot of diversity is there with reference to states’ requirements.” He instructed the Finance department to prepare a memorandum highlighting the Telangana state’s requirements which includes the state needs. The chief minister asserted the growth of the state should be considered as the growth of country.

Disincentivising growing states will create hurdles to achieve the targets set by the state government. He observed the Centre is imposing a lot of conditions even for meagre funds. “The relation that should exist between Union government to state government is absent. It’s highly unfortunate that the policies devolution is in a manner of dishonouring state government and states’ powers,” he added.

KCR felt there has not been a qualitative change though there have been different governments at the national and state level since Independence. He stressed the need to introspect the Centre’s approach towards the states. The CM mentioned that the two political systems have miserably failed the nation.