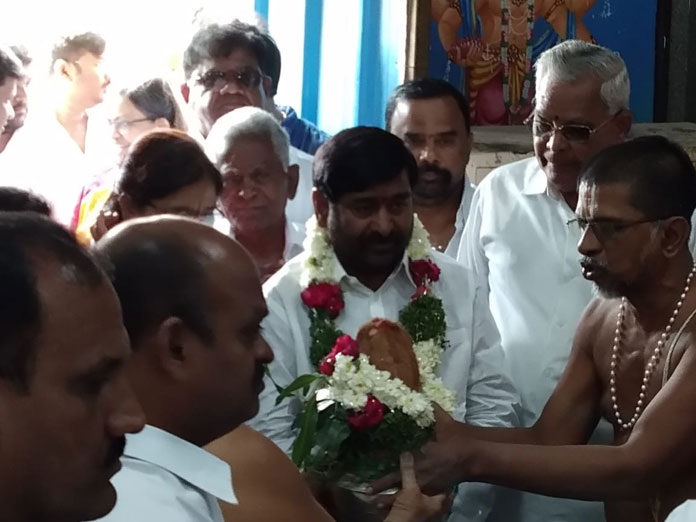 Yadadri: Minister for Education G Jagadish Reddy along with his family members visited Yadadri shrine on Wednesday. Priests welcomed him with temple rituals. The Minister performed offered prayers to the presiding deity at Balalayam.

Addressing the media later, Jagadish Reddy said with the support of Chief Minister K Chandrashekar Rao, he would try his level best to fulfill aspirations of the people of the State. He informed that the government was establishing an industrial park at Malkapuram in the district to provide employment to the youth at large scale.

“Government is committed to provide irrigation facility to every acre in the State through major and minor irrigation projects,” he said, adding agriculture and its allied sectors have been given priority by the TRS government to make the farming sector a profitable one.

The Chief Minister has been striving to bring back the lost glory to the sectors which were neglected by the previous rulers. As part of it, power sector in the State was restructured with round-the-clock power supply and received accolades from all.

Meanwhile, along with Tungaturthi MLA Gadari Kishore, Minister Jagadish Reddy laid foundation stone for library building at his native place in Nagaram on the day.