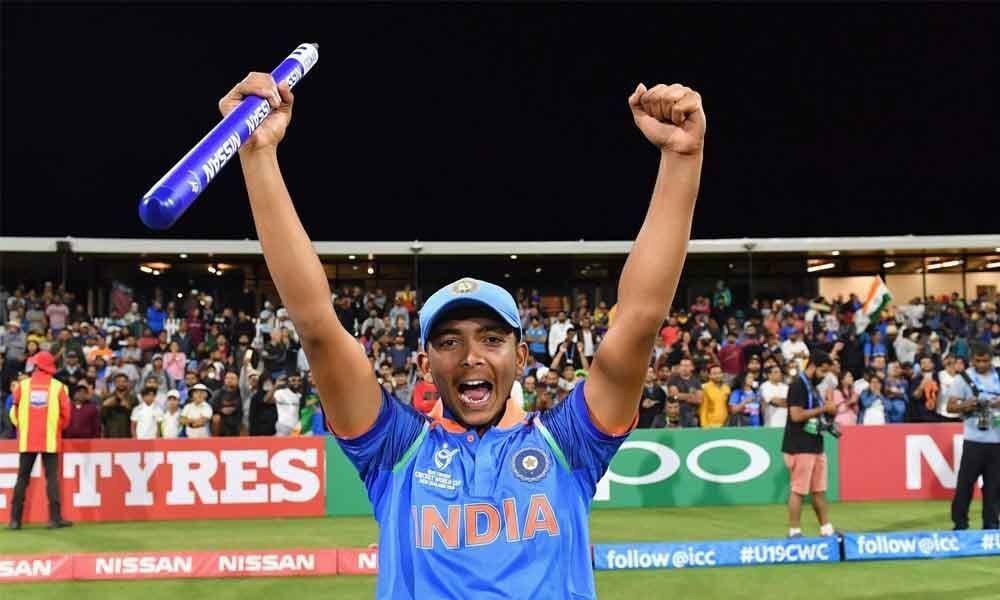 The “poor handling” of Prithvi Shaw’s failed dope test and the Committee of Administrators “overstepping their brief” while taking a policy decision are the reasons why the BCCI has been forced to come under the National Anti-Doping Agency, senior Board members said on Friday.

New Delhi : The "poor handling" of Prithvi Shaw's failed dope test and the Committee of Administrators "overstepping their brief" while taking a policy decision are the reasons why the BCCI has been forced to come under the National Anti-Doping Agency, senior Board members said on Friday.

Senior BCCI members feel that the "decision to buckle under government pressure" may lead to the Board losing its autonomy despite being financially independent.

"The CEO (Rahul Johri) or the COA has no authority to take any such policy decision which is the prerogative of the governing body of the BCCI.

They may write any sort of letter as they are running the administration and may implement an irregular decision.

But that does not make it regular decision with authority," a furious senior BCCI official told PTI on condition of anonymity. He accused the CEO of "taking the government for a ride".

"Unfortunate that the CEO has taken the Indian government for a ride in order to hide his own failings," he added.

A former working committee member feels that the manner in which Shaw's case was handled was like playing into the sports ministry and NADA's hands. Shaw was retrospectively banned for eight months after testing positive for terbutaline.

"To keep NADA at bay, your own system needed to be robust. Instead what did we see? We saw that Shaw was allowed to play IPL even after a failed dope test. And once everything was on paper, he was using NCA facilities.

"You don't call that competence. And now, WADA may just close in as they might want to reopen the case with NADA gaining control," the senior state association official said.

A former BCCI legal committee member feels that CoA should have not bowed to the sports ministry's "strong-arm tactics". The ministry kept the visa assistance letters of South Africa A and women's teams for an upcoming tour of India on hold.

"This was not exactly CoAs domain. They were supposed to run the administration. A policy decision should have been taken once the general body took over after the elections.

"I find Mr (Vinod) Rai to be a sensible man but is he getting sound advice from people like GM (Cricket Operations) and the legal team? If an agreement is signed, it can't be revoked even after normalcy returns in BCCI," the member questioned.

What majority of the senior members of BCCI are worried about is the "autonomy" of the Board. "How long can we stall coming under the Right To Information Act after this decision?

It may not happen in three months but it might happen one year down the line. Who will take responsibility for that?" the official asked.