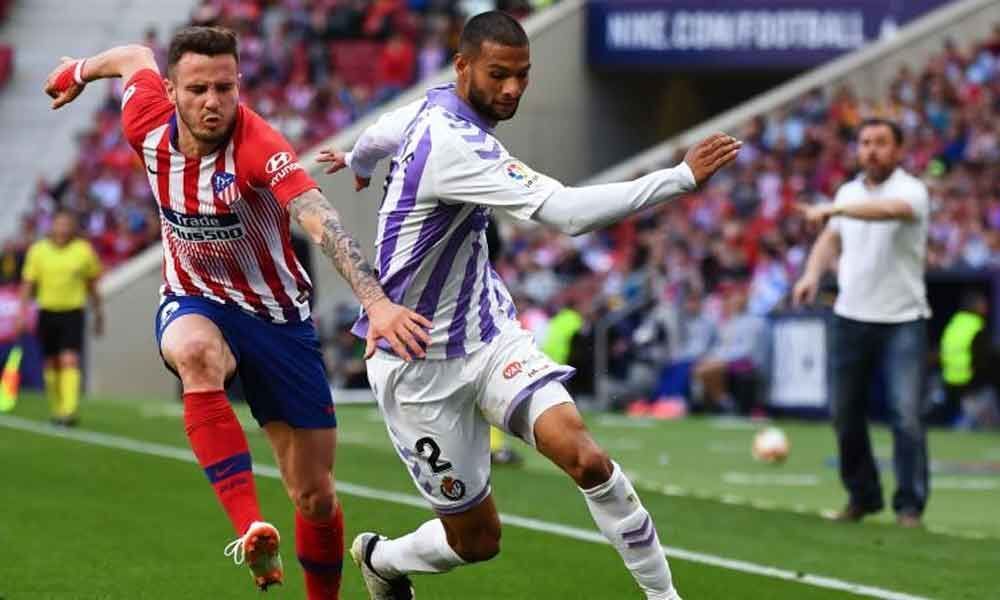 A win for Valladolid would have handed Barca the title before their kick-off at home to Levante but they were made to wait a few more hours.

Madrid: Atletico Madrid earned a scrappy 1-0 win at home to struggling Real Valladolid on Saturday which obliged Barcelona to win their game with Levante later on in order to clinch the La Liga title.

A win for Valladolid would have handed Barca the title before their kick-off at home to Levante but they were made to wait a few more hours to be crowned champions after second-placed Atletico provisionally closed the gap behind them to six points.

The game was decided by a glaring error from Valladolid defender Joaquin Fernandez, who appeared at the near post to try to clear a cross from Atletico's Saul Niguez but instead headed the ball straight into his own net.

Valladolid went into the game one point and one place above the relegation zone and kept pursuing an equaliser late into the game.

They had a penalty appeal for a possible handball by Atleti's Santiago Arias turned down after a lengthy VAR review while Miguel de la Fuente and Oscar Plano were both thwarted late in the game by Atleti keeper Jan Oblak.

It was Atletico's 15th win in 18 home games and took them on to 74 points after 35 games, while leaders Barcelona have 80 and will lift a 26th La Liga crown, their eighth in 11 seasons, with victory against Levante.