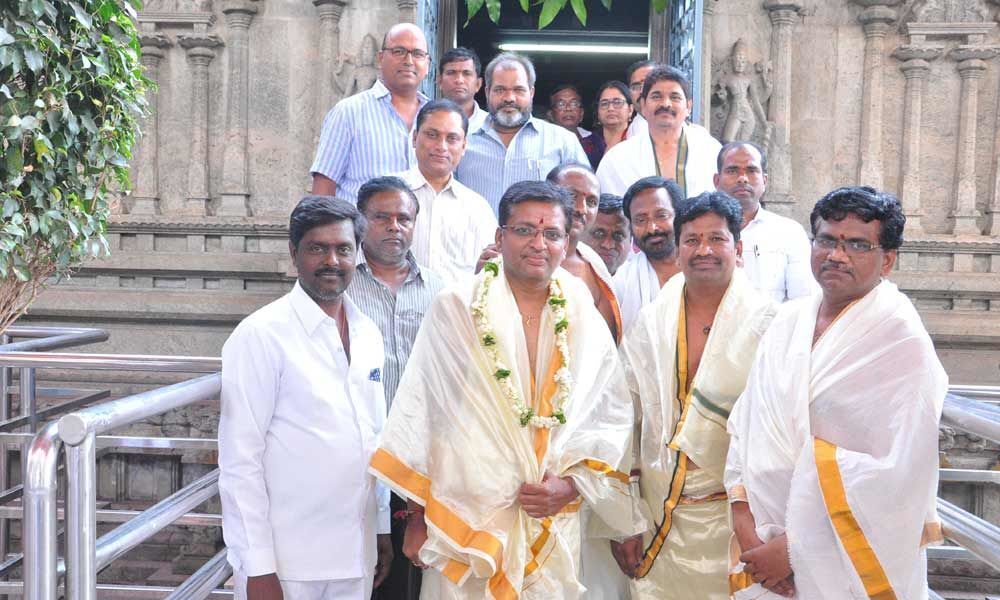 He was welcomed by the temple officials.

He offered special prayers at the sanctum sanctorum and later visited the temples of Lord Anjaneya Swamy and Goddess Laxmi Ammavaru on the premises.

He was blessed by the temple priests, who explained the history of the temple.

Meanwhile, the priests performed the celestial wedding at Beda Mandapam, in which a large number of devotees took part.

A special Abhishekam was also conducted at Lord Anjaneya Swamy temple by the priests on the day.