Bhagiratha a mission to earn commissions by KCR: Jeevan Reddy 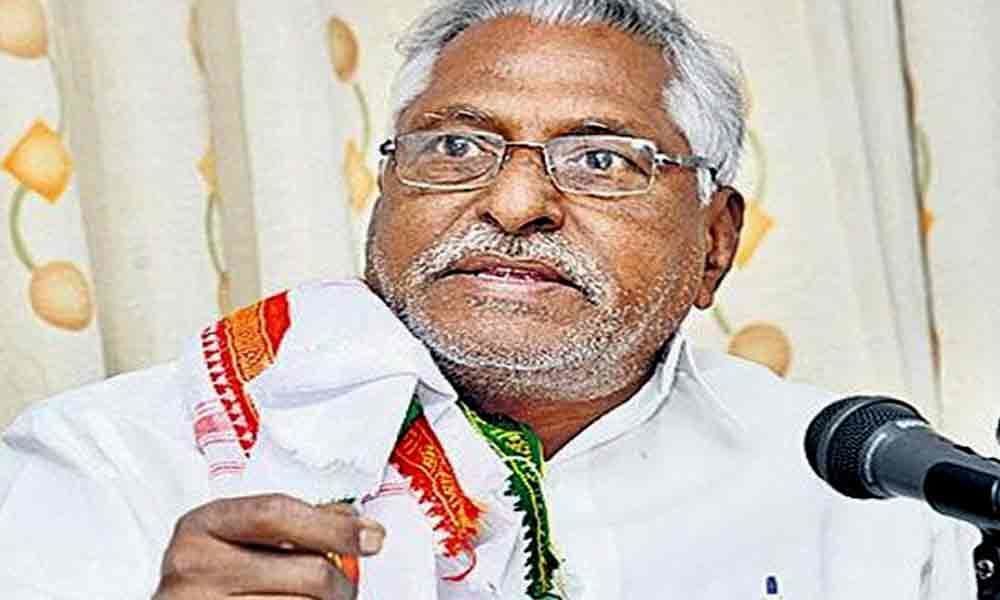 Congress MLC T Jeevan Reddy on Wednesday alleged that the KCR government is trying to cover up large-scale corruption in Mission Bhagiratha.

The MLC alleged that the Chief Minister himself took commissions in the programme and added that the programme was designed only to take commissions. He said that though the government should go for the global tenders if cost of project exceeds Rs 100 crore, however, the rule was no followed in Mission Bhagiratha.

He alleged that Rs 4,000 crore worth of works have been given on nomination basis to an agency and this was a gross violation of the rules. He said that BJP national working president JP Nadda was quite right in criticising the TRS government for corruption.

He said that by stating that new Revenue Act is required to control the corruption, the Chief Minister indirectly agreed that there was rampant corruption and he was trying to pass the buck. He said that though new districts have been created to decentralise power, no such thing has happened so far. All the powers have been centralized.