Officials brace up for counting process 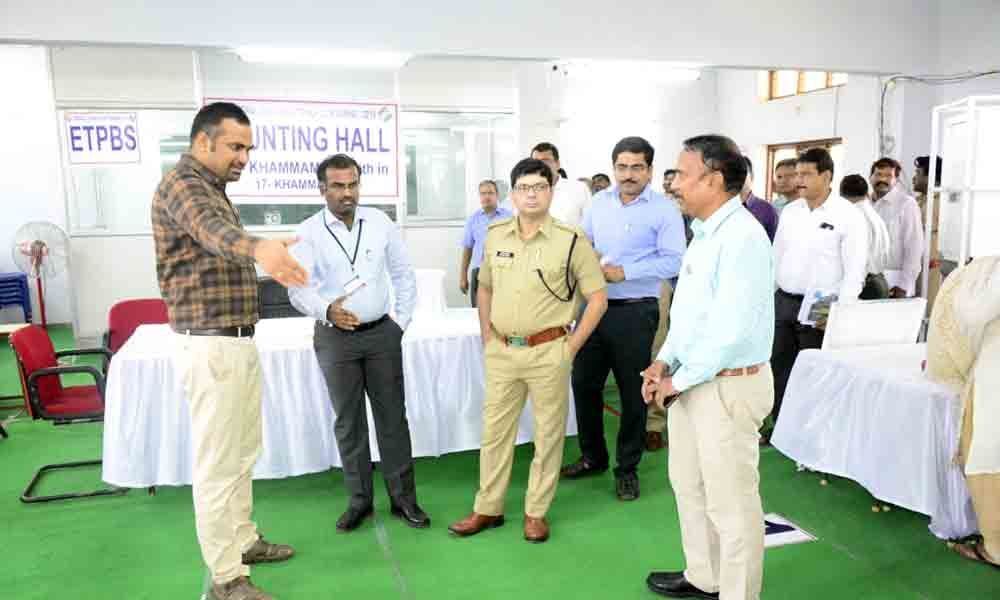 District Collector and Election Returning Officer RV Karnan informed that all arrangements have been for the counting process of votes polls for Khammam Parliamentary constituency.

Khammam: District Collector and Election Returning Officer RV Karnan informed that all arrangements have been for the counting process of votes polls for Khammam Parliamentary constituency. On Wednesday, the Collector visited the counting centre at Vijaya Engineering College and inspected the arrangements including venues for election observation and space allotted to the counting agents. Later, the Collector conducted a meeting with higher officials of various departments.

Speaking at the meeting, Collector Karnan said, "The counting process will start at 8am on Thursday at Vijaya Engineering College and the officers and other staff should be able to perform their duties effectively. Except the mobile phones of Returning Officer and Election Observer, phones of others would not be allowed inside the counting hall."

The Collector ordered the electricity department officials to monitor the continuous power supply and the officials of Rural Water Supply and District Civil Supplies to arrange drinking water facility and provide meals to the counting staff, agents at the counting centres. He ordered the District Health Officer to set up a medical centre.