Transport department out to rein in errant schools 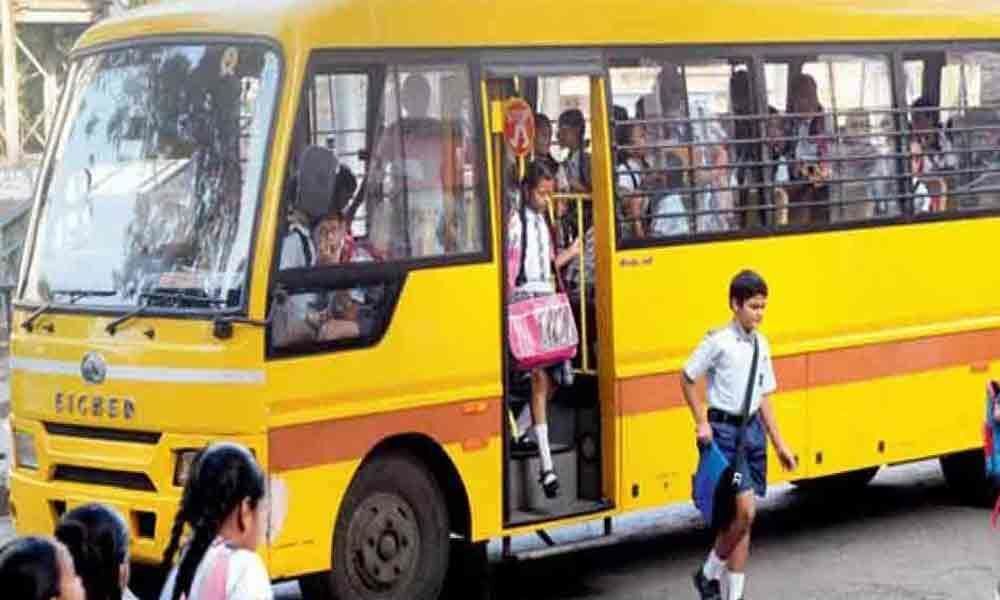 Transport department out to rein in errant schools
Highlights

The Transport department would be launching a special drive from Wednesday to crack a whip on the errant school managements for plying vehicles...

Hyderabad: The Transport department would be launching a special drive from Wednesday to crack a whip on the errant school managements for plying vehicles without obtaining the fitness certificate.

According to sources, the department has found 1,370 buses not fit to be operated on roads and there are 725 vehicles which are over 15 years old. This has been a routine phenomenon for the educational institutions and the Transport department for the last couple of years where only 60 to 70 per cent of the buses come for fitness certificates by the time schools reopen.

As per the official figures, during the last year by May 30, in Hyderabad and Rangareddy districts there were 7,600 vehicles and only 2,500 buses had come for fitness test.As per the rules, the vehicles should come for fitness test once in a year before May 15 or before the schools reopen. If any vehicle does not possess fitness certificate, the registration is also invalid and the vehicles can be seized for operating illegally.

The school buses should have the required documents/equipment such as the fitness certificates, registration papers, insurance papers, transport permit, driving license of the concerned school bus driver, fire extinguisher and first aid box in the bus. This is to ensure safety of the children travelling in these buses.

Joint Transport Commissioner C Ramesh told the Hans India that the delay by the managements would be because there are many buses pertaining to engineering and other colleges and these colleges start in July. There would be some schools with CBSE syllabus and these schools are also yet to open. However, the buses should posses fitness certificate before coming onto the road, he said.

Ramesh said that with schools are reopening on Wednesday, officials would be starting the special drive and seizing the buses which do not have the fitness certificate. He said that the buses would be seized and a penalty of Rs 5,000 would be imposed against the errant school managements.