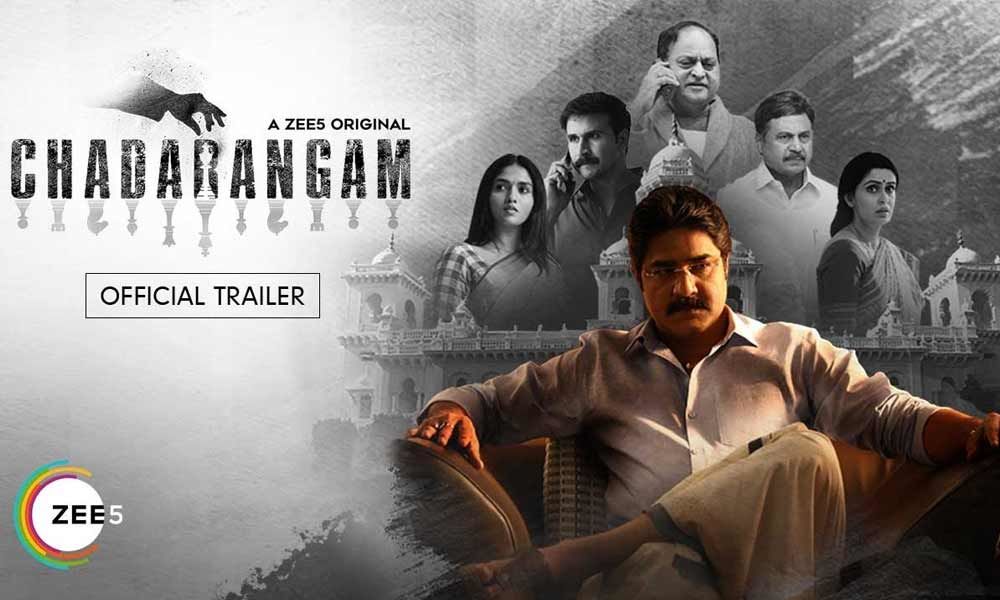 Actor Vishnu Manchu is currently busy with the shoot of his Hollywood movie and at the same time, he produced a web series Chadarangam for Zee5.

Actor Vishnu Manchu is currently busy with the shoot of his Hollywood movie and at the same time, he produced a web series Chadarangam for Zee5. The web series hits the platform in a couple of days. Srikanth Meka played the lead role in the web series. There is an interesting buzz around the web series now.

Mohan Babu and Vishnu jointly made the web series that revolves around the life of Sr NTR. Through this web series, the Manchu family wanted to throw some facts on the happenings that took place in NTR life, in his later stage of life. Although the series is not completely about NTR life, it traces some crucial real incidents that happened in NTR life.

The promotions of the series are currently in progress. More details on the series will come out soon.