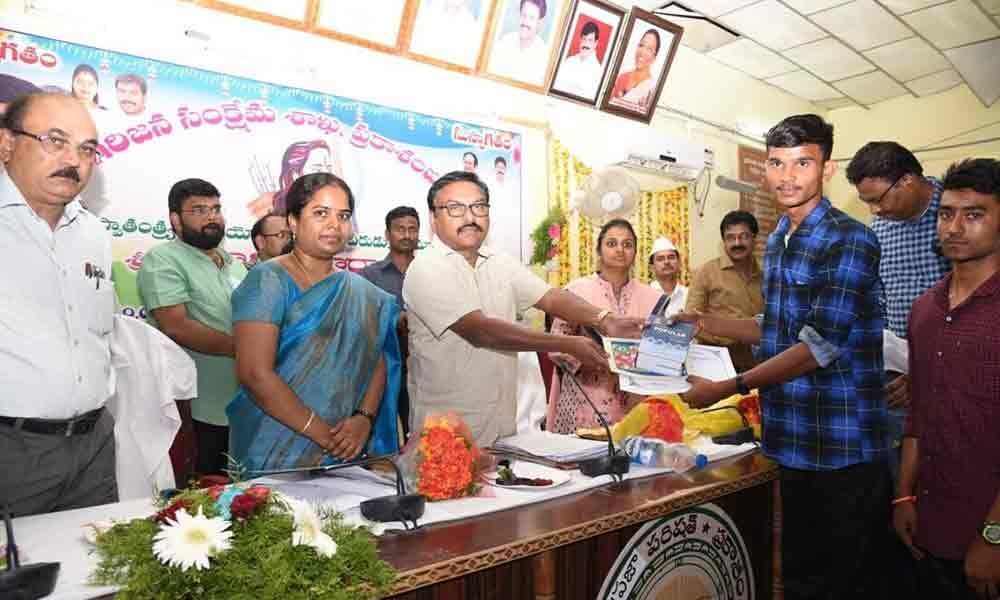 Speaking at the occasion, the collector said that Alluri Sitarama Raju has brought great fame to the tribals in the Indian freedom fight. He said that though Sitarama Raju was born into an upper caste, he fought for the welfare of tribals and saved them from the clutches of the British and he became a war icon, Alluri lead an ordinary life, said the collector and asked the public to take inspiration from him. He said that the government is implementing many programmes for the welfare of backwards and downtrodden people, but many of them were not reached fully, admitted collector.

He asked them to concentrate on career development and assured that the district administration will help them by providing skill development courses. The collector assured that the government schemes reach to the tribal families and see all of them get ration cards, insurance, and pensions with the coordination ITD PO and tribal welfare departments.