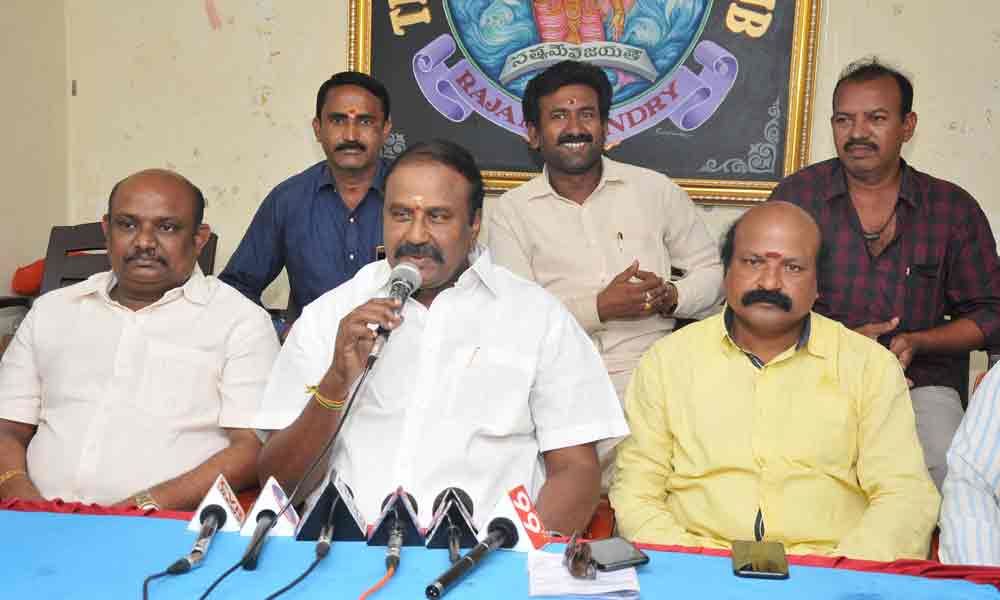 Rajamahendravaram: TDP senior leader Ganni Krishna on Saturday demanded apology from BJP high command for joining TDP Rajya Sabha members into their party fold. Speaking to reporters at Press Club here, he asked the BJP leaders, who always speak about values in politics, how can they encourage defections.

He recalled when BJP Rajya Sabha member GVL Narasimha Rao termed CM Ramesh and Sujana Choudary as economic offenders, how can the BJP admit them into its party. He said that the TDP was waiting for reaction of Rajya Sabha Chairman M Venkaiah Naidu, who earlier acted against some members who shifted loyalties.

He said TDP national president Nara Chandrababu Naidu demanded through teleconference that the four members of Rajya Sabha be disqualified immediately. He said the BJP was dreaming that they can become an alternative in the State and capture power in the state which is highly impossible. The cadre were with the party, though some leaders shifted their loyalty to BJP.