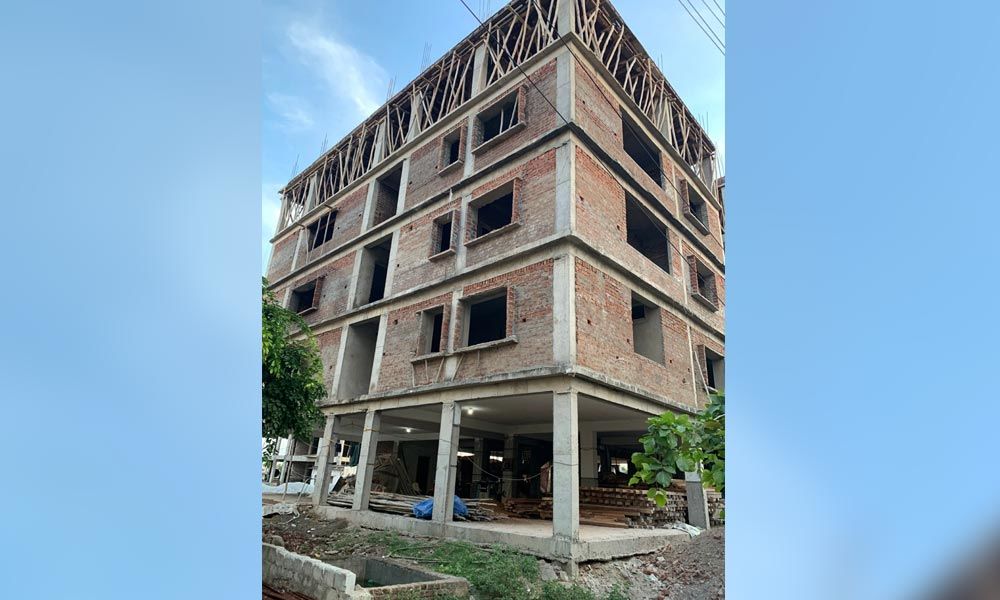 Tirupati: Construction sector is one of the worst-affected by Covid-19 pandemic with no hope of revival in near future. In fact, March-April is considered to be very crucial for the sector while most part of these two months has been under lockdown. The sector had already been teetering since June 2019 due to sand problems. The new sand policy brought by the government did little to mitigate the woes of stakeholders, including builders as well as buyers.

It has never reached its peak since then and the Covid-19 forced lockdown has become a double whammy for the sector. By the time the government decided to lift restrictions on the sector, the labourers started moving to their home towns as majority of them are migrated to other cities in search of work.

"With operation of Shramik trains, most of the migrant labourers have moved away leaving a void in work place which will be difficult for us to fill now. One cannot even tell when the labourers will return to resume work. This has become a major problem now adding to our woes," said a building contractor.

CREDAI Tirupati Chapter former president V Srinivas told The Hans India that the situation was out of control with sand, cement and labour problems. Though cement prices have gone up by Rs 100 a bag of 50 kg, at least it is available. But it is not the case with sand which is difficult to get even if more than Rs 3,600 is paid per load. Earlier, it was only Rs 1,600-2,000.

Though rock sand is available, it cannot be used for certain works like plastering, etc., he said. "Almost 90 per cent construction projects are stopped while those having sand are only continuing their projects. Even new buyers will not come now while old customers have no alternative but to bear with the situation," Srinivas said.

In Tirupati, there are about 100 construction projects under CREDAI with around 3,000 flats. These works are in different stages and all have been stopped. To a question, Srinivas stated that CREDAI was going to submit a memorandum to the government seeking some relief measures.

They want steep reduction in stamp duty, bank rate of interest and increase in income tax exemption limit which may induce buyers to go for new houses. They also seek total revamp of sand policy in the state to make sand freely available.