YSRCP will enter alliance with BJP, provided that they must give Special Category Status to AP 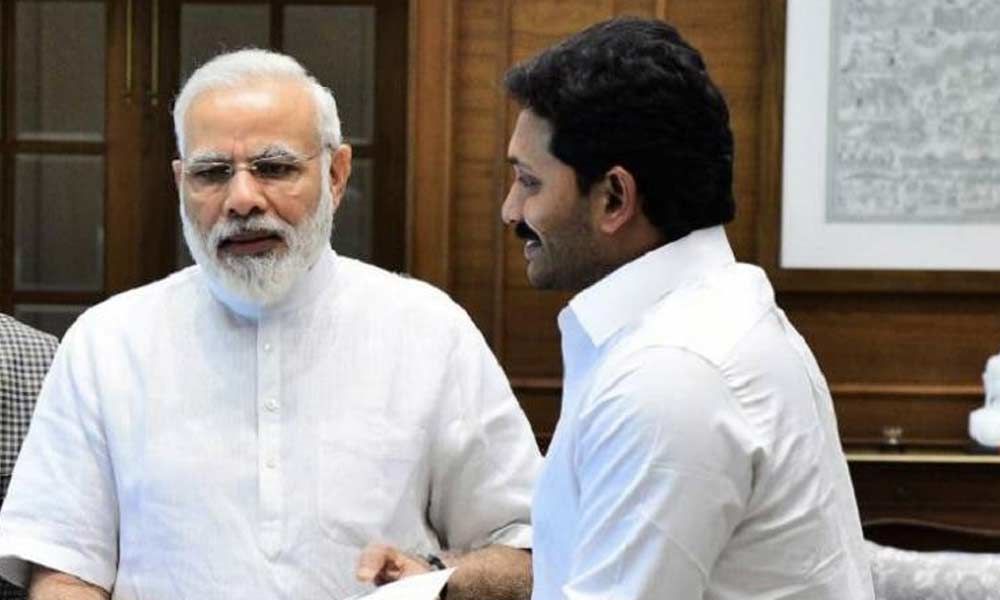 There is no truth in the speculations that surfaced that the BJP and YSRCP will join in the alliance.

Amaravati: There is no truth in the speculations that surfaced that the BJP and YSRCP will join in the alliance. All these speculations surfaced after the key meeting took place between Prime Minister Narendra Modi and Chief Minister YS Jagan Mohan Reddy recently for more than 100 minutes in New Delhi, after a long gap.

"During the visit of the Chief Minister to New Delhi, everything revolved around Special Category Status. Without special category status, the BJP could not expect a political alliance with the YSRCP," stated the sources. During a discussion on the speculations of the BJP-YSRCP alliance, the Chief Minister opened up with his close team that, "How could we enter into an alliance with the BJP, without getting Special Category Status? There is no change in our demand. What we said during elections will be executed in governance."

When comes to the Issue-based support to the BJP by YSRCP, there must be a greater element of State interest.

On the other hand, the union government has positively reacted to the requests of the Chief Minister on abolishing the AP Legislative Council, establishing three capitals, passing the Disha Bills and other issues.

World's largest radio telescope shut down due to coronavirus...