India LNG demand journey to be shaky, slow due to infrastructure limits 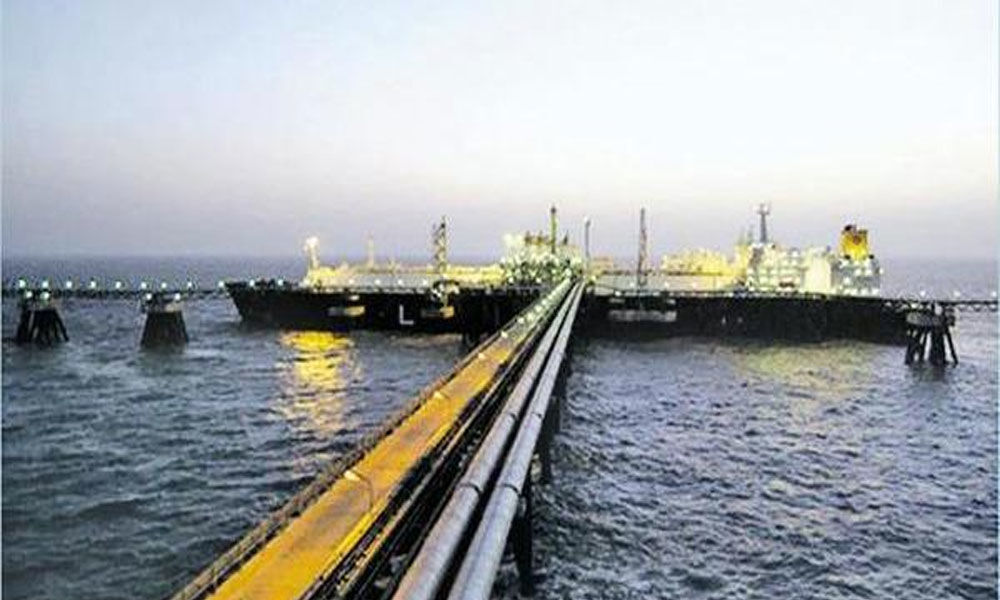 Singapore/New Delhi: India's demand for liquefied natural gas (LNG) is set to rise by about 10 per cent this year even as the country adds import capacity at a faster clip because infrastructure constraints keep gas from getting to consumers and hinder growth rates.

New Delhi made a commitment in the Paris Agreement of 2015 to reduce the carbon emissions intensity of Indian economy by one-third and aims to more than double the share gas has in its energy mix to 15 per cent by 2030, from 6.2 per cent now.

India had four terminals receiving LNG last year, taking in 21 million to 23 million tonnes of the super-chilled fuel, up nearly 10 to 13 per cent from 2017, according to data from the Petroleum Planning and Analysis Cell and shipping data.

Over the next seven years, the government plans to build another 11 terminals. One of those was commissioned this month, and two more are expected to start up later this year.

"The strongest growth rate is expected in city gas demand, primarily due to an increase in consumption by commercial users on the back of growth in city-gas infrastructure," said Poorna Rajendran, senior analyst for consultancy FGE.

But with existing terminal capacity now at 35 million tonnes a year and additions and expansions expected to bring that to 41.5 million tonnes by end-2019, India's LNG import terminals are likely to remain underutilised for years to come.

Driven by demand from city gas distribution and transportation, India's LNG demand is expected to grow by 9 to 11 per cent to about 25 million to 26 million tonnes this year, said analysts from Wood Mackenzie and FGE. That would still put terminal utilization at just over 60 per cent at year-end.

While India's ruling party plans to invest billions of dollars to extend the gas pipeline network across the country, progress is slow and half of the existing terminals operate at well below their capacity, several industry sources said.

The government aims to run all LNG terminals at full capacity by 2022 as it works to complete the entire pipeline grid, India's Oil Secretary MM Kutty told Reuters.

Analysts, though, say India will struggle to do this.

"The pace at which (planned projects) come on-stream will be dictated by the financial and technical capabilities of the promoters as well as wider infrastructure and land-related challenges in India," said Wood Mackenzie's senior analyst, Kaushik Chatterjee.

The Dabhol LNG terminal in Maharashtra state is underutilised, especially during monsoon season, although operator Konkan LNG, a subsidiary of utility GAIL (India), plans to invest in a breakwater to protect the harbour from big waves.

Petronet LNG's Kochi terminal in South India is not even connected to the main gas network because of resistance from landowners to pipelines, the sources also said.

Kutty said a 400-km pipeline connecting Kochi to industries in Mangalore in the north "will be sorted out by March-April ... worst case scenario it may be another month."

After that, capacity utilization at the terminal will rise to 40 per cent, according to earlier estimates.

Indian Oil Corp's Ennore terminal - the nation's newest - is also expected to remain underutilised as significant pipeline progress is needed before the gas can be delivered to regions outside of Ennore or Manali, said FGE's Rajendran.

It would take at least two years to build a pipeline to serve other Ennore customers, the official said.

India has 16,000 km of gas trunk pipelines in operation, and 13,000 km more approved and in various stages of construction, said Satpal Garg, a member of India's downstream regulator, the Petroleum and Natural Gas Regulatory Board (PNGRB).

In comparison, China's most complete regional gas grid in the southwestern province of Sichuan and Chongqing municipality has a total length of 42,000 km.

The PNGRB has awarded licenses to build city gas distribution networks across the country, targeting districts that cover about 70 per cent of India's population, Woodmac's Chatterjee said.

The government is also aiming to connect more than 10 million households with piped gas by 2020 from the current 4.8 million, with the city gas portion of India's natural gas use expected to more than double to 15 per cent of the overall gas market, Chatterjee said.

"In the past, there were some problems in getting the state government approvals for example in Tamil Nadu and Kerala but ultimately it is in the interest of both the centre and the state government to have a pipeline as there will be (industrial) development in the state," Garg said.

"We are trying to convince the states to expedite clearance and granting the right of way for the pipeline," he said.

In reality, the plan is not legally binding and provides few guidelines to reduce pollutants in the country, FGE and Woodmac analysts said.

"India's (LNG) demand will grow and has the potential to match China, but the path to get there will be slow," an LNG trader familiar with the market said.