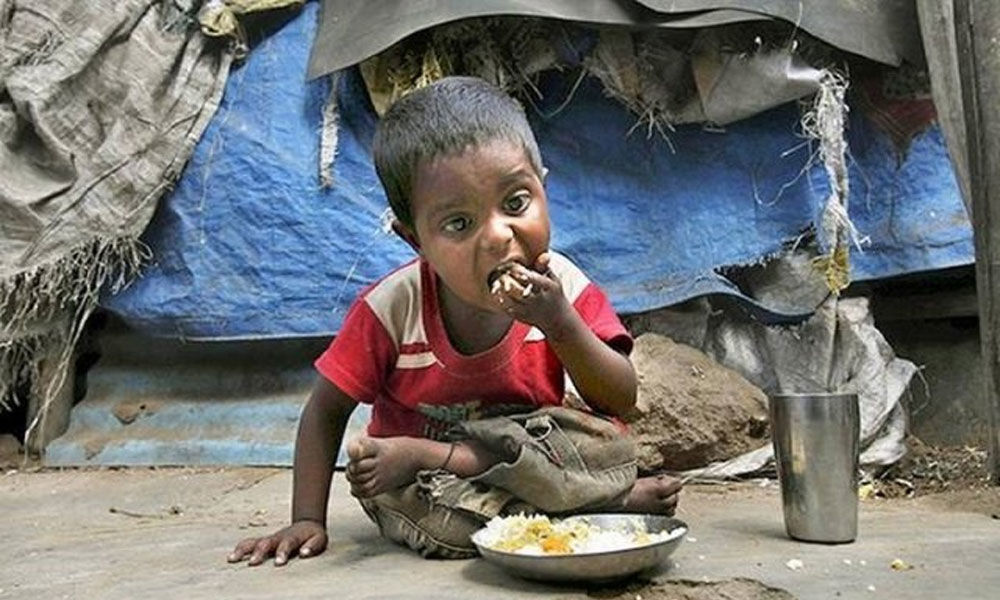 The survey is based on the information collected from 1.12 lakh households.

New Delhi: Malnutrition (stunting of children) in India has reduced to 34.7 per cent in 2017-18, around 2 percentage point decline per annum, largely driven by government initiatives, a senior government official said.

Stunting, or low height for age, is caused by long-term insufficient nutrient-intake and frequent infections. "Decadal decline (2004-05 to 2015-16) in stunting of children in the age group of 0-6 years was 10 percentage point, that is 1 percentage point per annum. "But according to a new study by the Unicef and the Health Ministry, the decline in stunting from 2015-16 to 2017-18 was around 4 percentage points. That is around 2 percentage points decline per annum, which is a big achievement," he noted.

The survey is based on the information collected from 1.12 lakh households. "Now that around 2 percentage points reduction in malnutrion (stunting of children) has been achieved, the target in the Poshan Abhiyan seem to be less ambitious," the official asserted. 'Poshan Abhiyan' launched by Prime Minister Narendra Modi in March 2018, aims to bring down stunting of children from 38.4 per cent in 2015-16 to 25 per cent by 2022.

The official further said, the survey has shown positive trends in other key health indicators, like decline in anemia in women. "Anemia in women declined to 40 per cent in 2017-18 from 50-60 per cent in 2015-16," the official said. According to the Global Nutrition Report 2018, India is facing a major malnutrition crisis as it accounts for almost a third of the world's burden for stunting. With 46.6 million children who are stunted, India tops the list of countries, followed by Nigeria (13.9 million) and Pakistan (10.7 million), the report had said.