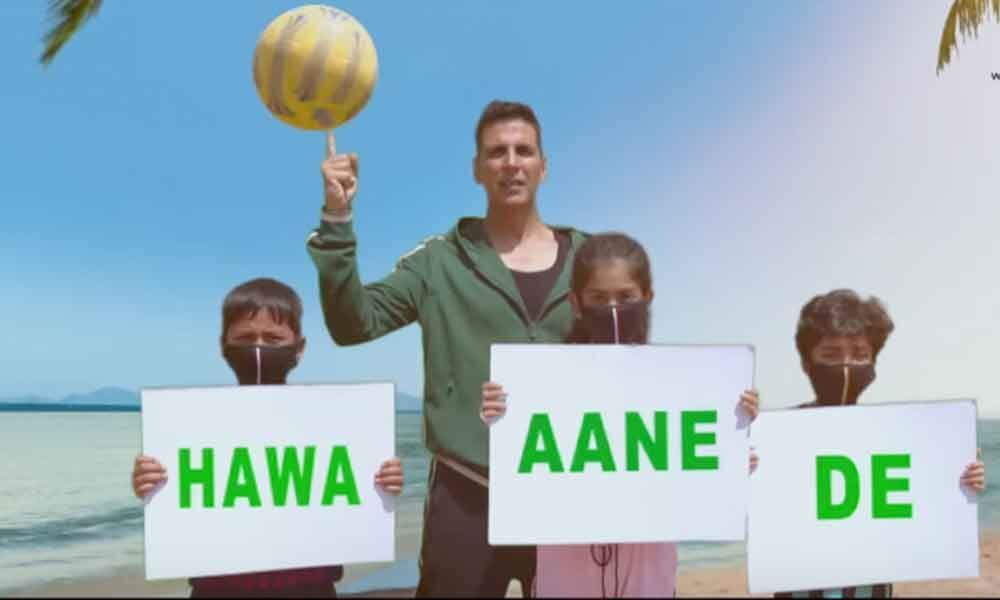 Titled 'Hawa Aane De' the Ministry along with Bhamla Foundation supported by the UN has released the theme song.

New Delhi: Ahead of the World Environment Day on June 5, the Environment Ministry has released a music video featuring Akshay Kumar and other Bollywood actors and dedicated to the #BeatAirPollution campaign.

The three-minute thirty-two second song begins with a shot of Akshay jogging with a mask on. The video has incorporated clips of factories spewing smoke, fire and people holding banners urging to stop air pollution.

Swanand Kirkire has penned the song which has been composed by Shantanu Mukherjee.

Since its inception in 1974, World Environment Day is celebrated on the 5th of June each year to raise awareness and improve actions towards protecting the environment.

The theme for the World Environment Day 2018 was 'Beat Plastic Pollution' and India served as the global host nation for the 43rd edition of the event.