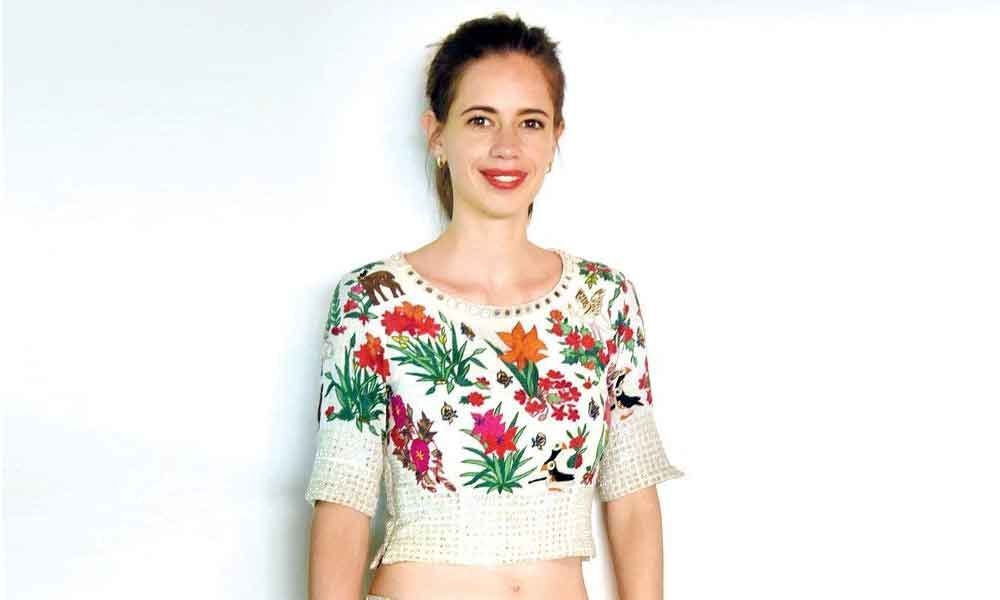 National award-winning actress Kalki Koechlin, who is playing a pivotal role in "Sacred Games 2", says that though she is quite politically aware as an individual, global politics was not a dinner table discussion at home in her childhood.

National award-winning actress Kalki Koechlin, who is playing a pivotal role in "Sacred Games 2", says that though she is quite politically aware as an individual, global politics was not a dinner table discussion at home in her childhood.

In the Netflix show, she plays a character named Batya, who comes from a very conflicted background as her father is Jewish French and her mother is Palestinian, who had abandoned her as a teenager.

Despite coming from a French family and brought up in India, global politics was not a topic of conversation at home for Kalki.

"I haven't grown up in an environment where politics was a topic of discussion but, yes, we all watch the news on TV and read newspapers that make us aware, and as growing-up kids, influence all of us. But the socio-political change was not a regular topic of conversation," Kalki told IANS.

In the show, the changing politics and conflicted situations emotionally dent Batya and she gets into drugs, and becomes a rebel as a teenager. Later, she becomes a follower of Guruji, a spiritual leader who heals her emotionally.

Talking about her spiritual influence in her growing up years that shaped her personality, Kalki said she has had such experience. "But that is very different from Batya because as a kid I have grown up in Sri Aurobindo Ashram, so the spiritual inclination was only natural.

I have grown up with a certain philosophy that helped me to stay calm in life and, though I am spiritual, I am not highly religious," she said.

Guruji is played by Pankaj Tripathi and this was the first time Kalki worked with her 'favourite' Tripathi.

"We all know that he is such a good actor. Quite interesting that just as my character Batya is in awe of Guruji, I am in awe of Pankaj ji in reality. He is such a wonderful actor!" she said.

Not long ago, Kalki faced criticism when she cut her hair short. She says she has found a way to stay immune from the negativity of social media.

"I stopped reading the comment section because people have an opinion on everything. I put out pictures, I post my work and then I get out of there.

That's the way to deal with it. I used to engage more in the past but then I realised that there are too many people with too many opinions, and we cannot please everyone," smiled Kalki.