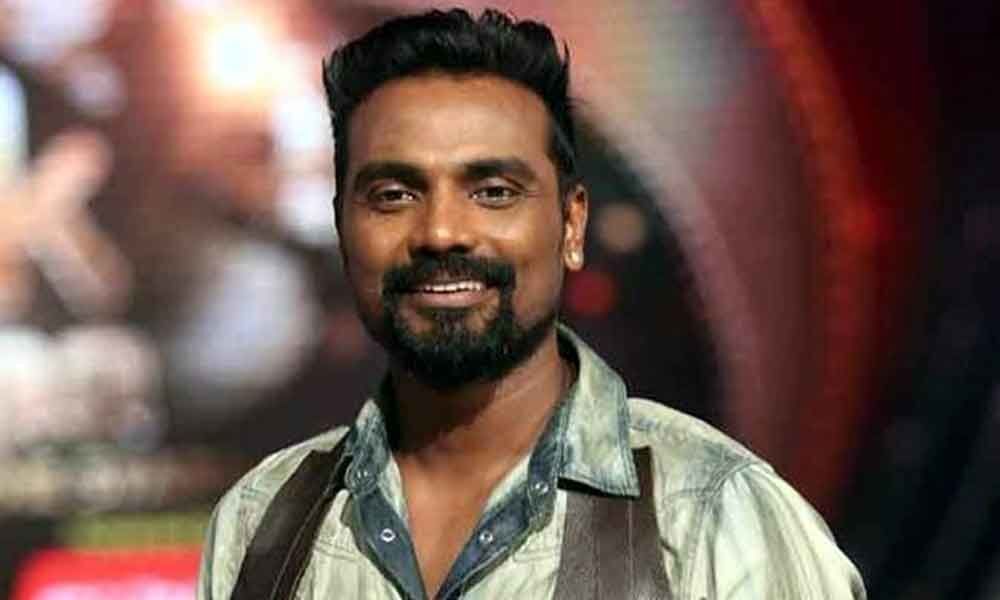 Filmmaker-choreographer Remo D’Souza, who is busy shooting his next directorial film titled ‘’Street Dancer’, has said that he would like to make a biopic on dancer’s life.

Filmmaker-choreographer Remo D'Souza, who is busy shooting his next directorial film titled ''Street Dancer', has said that he would like to make a biopic on dancer's life.

Remo D'Souza was interacting with the media when he felicitated players of Indian Kickboxing Association (IKBA) for winning 'World Muay Thai Festival 2019' along with Tiger Shroff on Tuesday in Mumbai.

Nowadays, there is a trend of making biopic in the Hindi film industry, when asked Remo if given a chance which famous personality's biopic he would like make, he said, "As of now, I haven't thought of making a biopic as I am concentrating on making dance based films but in the future, if I got an opportunity to make a biopic then, I would choose to make a film based on a dancer's life."

Remo D'Souza started his career in the film industry as a background dancer and then he turned choreographer and now, he is directing films along with A list actors of Bollywood, when asked Remo whether he feels that a biopic should be made on his life, he said, "No.. I don't think it is right time to make a biopic on my life. I feel that I still have a long way to go but you never know, someday there might be a biopic based on me."

Remo D'Souza has choreographed a song titled 'Tabaah Ho Gaye' for Dharma Productions upcoming film 'Kalank' along with veteran choreographer Saroj Khan which features Madhuri Dixit-Nene, when asked Remo how was his experience working in the song with Saroj Khan and Madhuri Dixit-Nene, he said, "Working on that song has been really special experience for me because it features Madhuri madam and it was being choreographed by Saroj ji so, to be on the same film set with these two renowned artists was huge achievement for me. I used to watch how both of them work together. I am really thankful that I got the opportunity to work on that song and personally speaking, I really liked the song."

Remo D'Souza also choreographed a song titled 'Aira Gaira' in 'Kalank' which features Kriti Sanon, Varun Dhawan and Aditya Roy Kapur, when asked Remo how he will rate Kriti Sanon as a dancer, he said, "I didn't know that Kriti is so good as a dancer. I choreographed one of the song for film 'Dilwale' and it also featured Kriti but that song didn't involved much dancing but this time around, the way she carried the entire song on her shoulders was amazing and she proved that she is really good dancer."

Sharing his feeling attending felicitation programme of 'World Muay Thai Festival 2019' winners, Remo said, "It's really a great achievement. I feel sometimes we sideline players from certain sports who make our country proud with their achievements. India has won 'Muay Championship' for the first time. It's a matter of great privilege for me that today, we felicitated these players. I urge people of our country to support these games and players who are involved in it because usually, we support big sports. I feel these boys are really good as they have brought gold medals by representing our country at the international level."