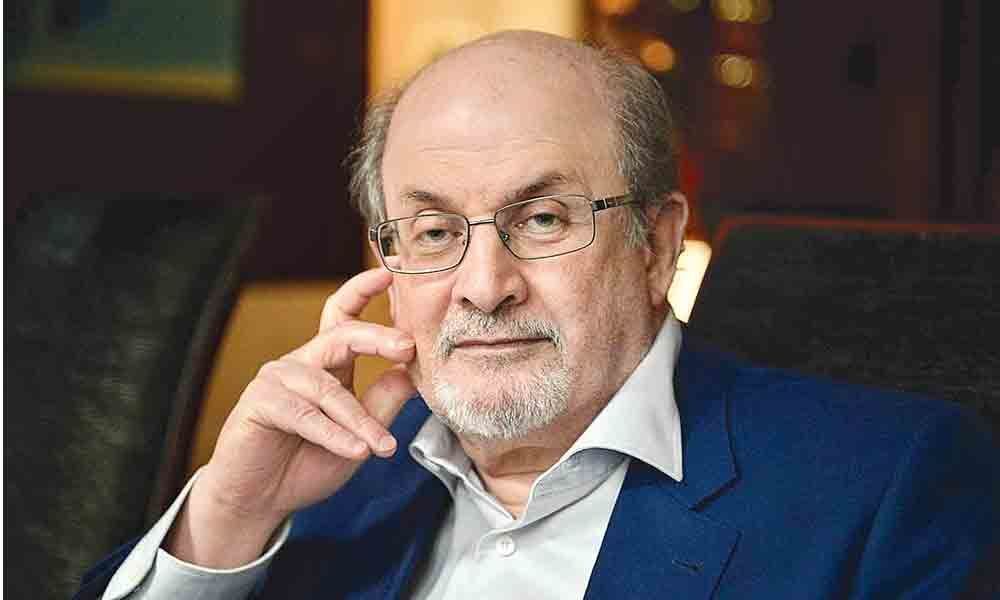 The publisher in a statement announced acquisition of the novel "Quichotte" which is expected to hit Indian stands in August this year.

Inspired by the classic by the sixteenth century writer Miguel de Cervantes, Rushdie's "Quichotte" is the story of "an ageing travelling salesman who falls in love with a TV star and sets off to drive across America on a quest to prove himself worthy of her hand".

The publisher said that the title's tragicomic tale is one of a deranged time and deals, along the way, with father-son relationships, sibling quarrels, racism, the opioid crisis, cyber-spies and the end of the world.

Calling the book a perfect follow-on to the success of Rushdie's 2017 novel "The Golden House", the publisher's Senior Commissioning Editor Manasi Subramaniam said that the author remains the master fabulist.

"In Quichotte, this rich epic of the immigrant experience in modern America, we are delighted to see that Rushdie is back - with his signature dazzling prose - to tell the tale of the here and now within the realm that all that could have been," she said in a statement.

The upcoming publication will be published under Penguin's imprint Hamish Hamilton, which has many distinguished titles in literary fiction.