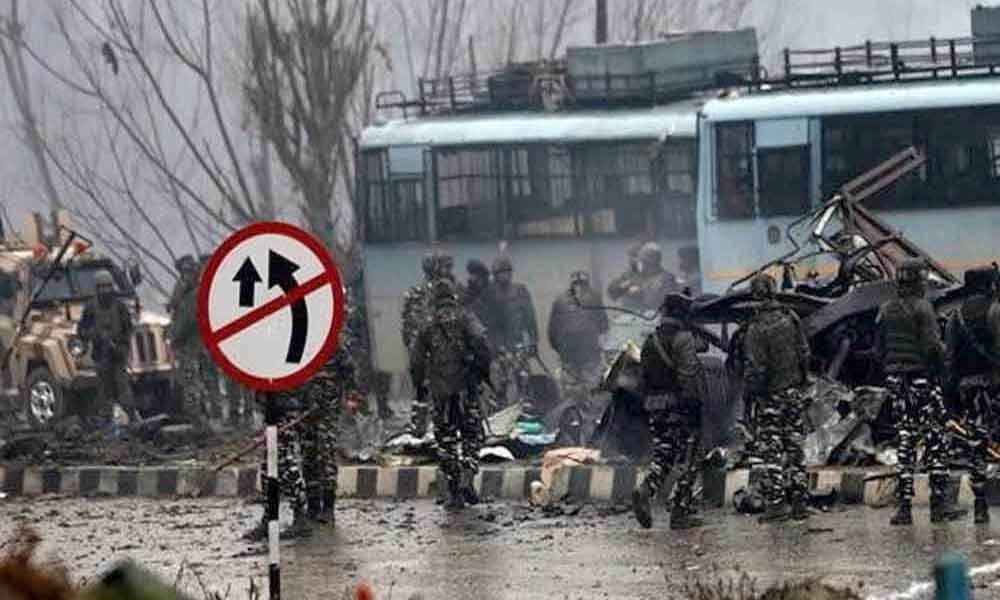 There are fresh Intelligence warnings about Islamic radicals attempting to enter into India through the sea route off the coast of Kerala.

There are fresh Intelligence warnings about Islamic radicals attempting to enter into India through the sea route off the coast of Kerala.

Investigations into the horrendous terror attacks made on Easter Sunday congregations in and around Colombo, resulting in a huge loss of life and limb, are meanwhile unravelling the scale of foreign and domestic planning as well as resource mobilisation that had gone into that covert offensive.

The Islamic radicals chose soft targets but gave a message loud and clear that they were set to take on their US-led adversaries outside of the two theatres of 'war on terror' - Syria and Afghanistan.

The Colombo blasts are linked with the geo-political scene of South Asia and India must now go deeply into all that could possibly threaten the future of peace on the Indian sub-continent.

A disquieting trend here is that the numerous groups of Islamic fundamentalists in the region that earlier existed in parallel with the radicals operating under the umbrella of Al-Qaeda or ISIS, are giving their silent endorsement to the latter's call for Jehad.

There is no criticism of the radicals - who are Wahabis - from within the Muslim world beyond an occasional repeat of the parroted line that 'terrorists were not true Muslims'.

It is a matter of deep concern for India that there is a rapid rise of Salafism in the region, which in terms of extremism can match Wahabism. Salafism basically calls upon the Muslims to go back to the fundamentals of Islam that prevailed in the puritanic period of the Pious Caliphs and shun the 'un-Islamic' practices that had developed under the influence of other religions.

It is opposed to the tradition of Mazar and Dargah worship that Sufism had brought with it in some distant past. This is the transition that is now visible in Kashmir in particular.

The 'war on terror' launched by the US following 9/11 underlined the divide in the Muslim world between these two streams of extremism - one differing from the other only on the issue of political opposition to the US-led West.

The Islamic fundamentalists backed by the Saudis, who are on the right side of the US, advanced the line originally taken by the likes of Hasan al Banna of Egypt and his admirer Maulana Abul Ala Maudoodi on the Indian subcontinent that an Islamic State could live in 'competition not conflict' with the West.

This did not, however, come in the way of Salafism pursuing the cause of puritanic Islam with full force. From the point of view of the democratic world, the thrust of extremism in the Muslim world is a problem of geo-political dimension - for India it represents an imminent threat.

The Sri Lanka blasts highlight the new reality that the Salafi outfits including Lashkar-e-Toiba as also Hizbul Mujahideen of Pakistan that is now subservient to LeT, had no inclination to go along with the US any more in the battle against the Islamic radicals represented by the Al-Qaeda-Taliban combine in Afghanistan and the ISIS in Syria and Iraq.

This was primarily because the radicals or Wahabis did have a place on the Islamic spectrum that could not be disregarded. When President George Bush declared 'war on terror' he wanted the allies in the Muslim world to combat the radicals at home and heavily funded countries like Pakistan to encourage them to take to the path of democracy.

Pakistan had to be coerced to join in. It took money but only pretended to be fighting the Al-Qaeda-Taliban combine - after all it was Pakistan that had installed the Taliban in Kabul to lead the Afghan Emirate in 1996.

The Pentagon, on its part, continued to believe, however, that the Pak army was serious about putting down the Taliban-Al-Qaeda axis - as an ally in the 'war on terror' - and the US therefore ignored for long India's concerns on cross border terror in Kashmir.

It is only under the regime of President Donald Trump that the duplicitous role of Pakistan was called out and in the process the distinction between 'good terrorists' and 'bad terrorists' abandoned for good -to India's great relief.

As India under Narendra Modi's leadership decided to take Pakistan head on and isolate this rogue neighbour in the world community, the Pak army-ISI duo took to manoeuvring both Salafi extremists and the Wahabi radicals for destabilising India.

Buddhist-Muslim conflict in Myanmar and Sri Lanka has obviously fuelled a unity between the Wahabi radicals and other Islamic fundamentalists following Salafism.

There is every likelihood of IS protagonists of Syria-Iraq region and the Al Qaeda-Taliban in the Pak Afghan belt working for the common mission of spreading to other parts of the Muslim world.

Some ill-informed analysts earlier projected Al Qaeda and ISIS as political rivals - little knowing that in Islam, politics is rooted in faith and the belief that 'Quran is the best Constitution' runs through the Muslim psyche.

South Asia represents the largest chunk of the Muslim world and it is particularly important for India to insulate the people here from the permeating radicalisation that turns the mind of even the educated and well to do people.

Faith-based terror that Islamic radicals use in the name of Jehad targets the US-led West for historical and political reasons. However, Mujahideen of both Wahabi and Salafi streams also attack the Shiites for ideological opposition as well as the historical memory of the Kharijite revolt against Caliph Ali that provided the foundation for Sunnism.

And, finally, these extremists take on the world of idolatrous people wherever they can. The destruction of Buddhist statues at Bamiyan by the Taliban is not a distant memory.

India is a democratic republic that uses two powerful instruments of secularism - development of all and protection of law for every citizen - and if we have to stand up to a hostile neighbour who was out to meddle into our domestic politics by playing the card of religion, we must haul up any organisations or individuals who tended to endorse this mischief of Pakistan in any manner of speaking.

Tawheed or Unity of God is a welcome part of faith in Islam but if its exclusivism generates an acute 'rejectionist' outlook towards others then a democratic dispensation will have a problem.

India has no place for this form of extremism entering the arena of politics. The bulk of all communities in India shares the common problem of livelihood and economic uplift.

Law enforcement in general as well as the CEC in the context of elections in particular, must unleash their power in a fuller measure against those who in print or by word of mouth projected militant religion into politics.

Social media scan should be stepped up to detect exposure to Islamic radicalism and outreach to parents expanded to help a timely correction of young minds trapped by it.

The 2019 General Election saw the opposition indulging in the play of identity politics - its message clearly is that this will not work anymore in India.

(The writer is a former Director Intelligence Bureau. The views expressed are personal)

AP Cabinet on Monday! Likely to decide on repeal of Council