Why did Jean-Paul Sartre refuse the Nobel Prize for Literature? 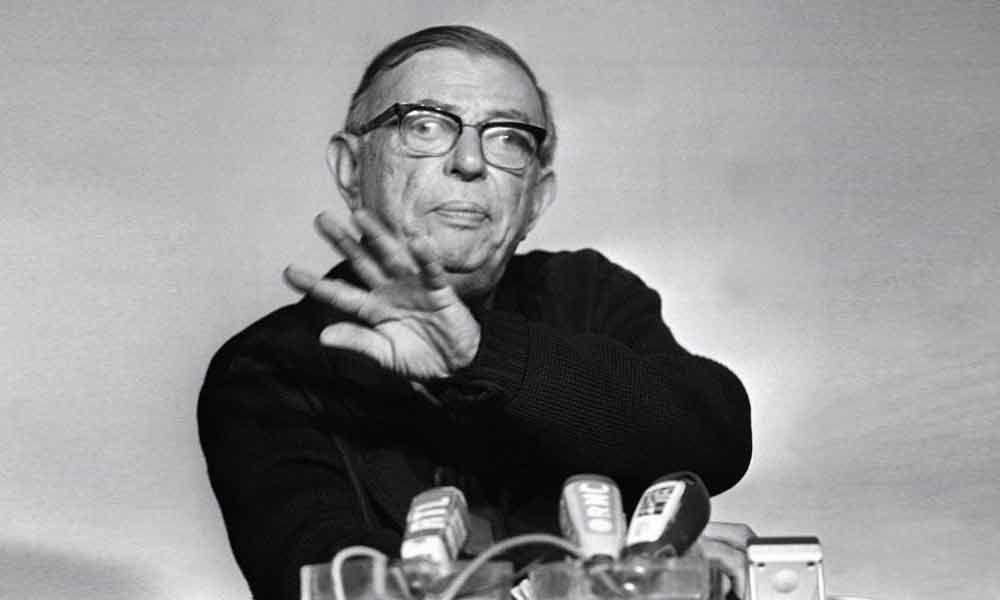 Jean-Paul Sartre, also known as Jean-Paul Charles Aymard Sartre was a multifaceted French philosopher. He was also a playwright, novelist, political activist, biographer, and literary critic, who was born on June 21, 1905, in Paris.

All the way through his life, Sartre was grief-stricken about the purpose of literature. He was awarded the 1964 Nobel Prize in Literature, which was publicised on October 22, 1964.

However, he snubbed to take the honour. In declining the honour, Sartre was upset that the Nobel was held in reserve for the writers of the West or the rebels of the East.

Though Jean-Paul Sartre had not damned the Nobel, he, however, smoothly pointed out its Eurocentric flaws. On the occasion of refusal, he himself explicated the reasons for his denial in accepting the Nobel Prize for Literature.

According to Sartre, he had deeply regretted the fact that the incident had become something of a disgrace — a prize was awarded, and he refused it.

In line with his statement, he was not aware at the time that the Nobel Prize was awarded without consulting the opinion of the recipient, and he believed that there was time to prevent this from happening — he was not informed soon enough of what was in progress.

In his letter to the Swedish Academy, on his decision of the refusal of the Nobel Prize, he talked about two types of reasons — personal and objective.

The personal reasons had it that he never accepted any honours per se — so was with the Nobel Prize. He held this attitude was based on his conception of the writer's enterprise.

In keeping with his belief, a writer who adopts political, social, or literary positions must act only with the means that are his own i.e the written word.

On the word of Sartre, the writer who accepts an honour of this kind involves as well as himself the association or institution which has honoured him.

In this locale, his sympathies, said Sartre, for the Venezuelan revolutionists commit only himself, while if Jean-Paul Sartre the Nobel laureate champions the Venezuelan resistance, he also commits the entire Nobel Prize as an institution.

As a consequence, he said that a writer must, therefore, refuse to let himself be changed into an institution, even if this occurs under the most honourable circumstances. He held this attitude as entirely his own.

Then again, he also parroted his objective reasons behind the denial. As stated by Sartre, the only battle possible those days on the cultural front was the battle for the nonviolent coexistence of the two cultures — that of the East and that of the West.

He did not mean that they must embrace each other for the reason that he was aware that the hostility of these two cultures must inevitably take the form of conflict.

However, as held by Sartre, this conflict must occur between people and between cultures, without the intervention of institutions. These were the reasons he cited for not accepting any honour awarded by cultural authorities, those of the West any more than those of the East, even if he was sympathetic to their existence.

Further, Sartre held that he was aware that the Nobel Prize in itself was not a literary prize of the Western bloc, but it was what was made of it, and events might occur which were outside the province of the members of the Swedish Academy.

In this background only, Sartre opined that the Nobel was held in reserve for the writers of the West or the rebels of the East.

As per Sartre, the Nobel Prize was a bourgeois prize, but such was the bourgeois interpretation which would inevitably be given by certain circles with which he was very familiar.

In a nutshell, consistent with Sartre's views, he always refused official distinctions for the reason that he never wanted himself to be institutionalised.

Sartre rejected the Nobel Prize for fear that it would limit the impact of his writing. He also expressed regrets that circumstances had given his decision the appearance of a scandal.

There have been two blocks of French opinions over the refusal of Nobel Prize by Jean-Paul Sartre, who is aptly known as the Father of Existentialism. While the first block defends Sartre, the other articulates distress for the loss of status.

Of course, I too personally admire his decision for the reason that it is very close to my own philosophical thought that it is better to stand up for one's own beliefs and get kicked in the shin rather than lie down and get hit on the face.

(The author is an Air Veteran, a mass communicator and an author of more than 10 massmedia books)