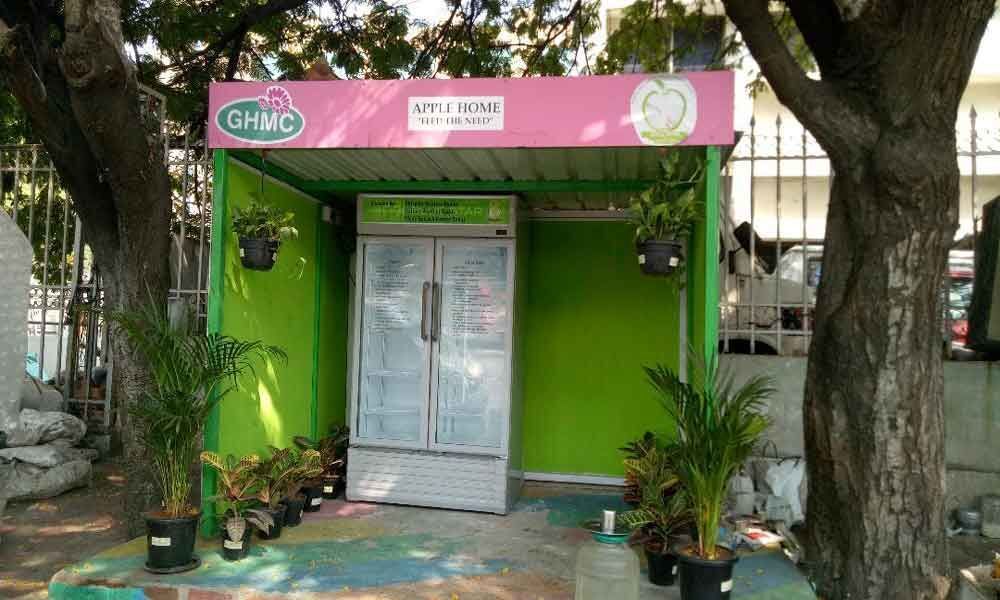 Hyderabad: The initiative taken up by GHMC to feed the needy by installing refrigerators in various areas in the city is getting good response from the public. Anyone who is hungry can access food from the public refrigerators and can have a free meal during the day time.

With 'Feed the Need' refrigerators installed at various places in the city, many voluntary organizations, including Apple Home NGO, Aga Khan foundation and Lahoti Trust have come forward to be a part of the programme.

West Zone GHMC Commissioner Hari Chandana said the response of the programme has brought awareness among the people about waste food generated at homes and eateries. The same food can now be donated to the needy with the help of the platform. Everyone can come forward and contribute and make it a success, she said. She also said that now they are receiving stupendous response and needy are making use of this community fridge.

Hari Chandana added that the community refrigerators are located in public places where residents and nearby eateries are donating the food for the benefit of the poor and the needy.

At present, 530-litre refrigerators are installed at 10 locations in the city, out of them, three are running at Madhapur-Shiparamam, Blood Bank-Jubilee Hills Check Post, NIMS Hospital back gate. Others are at Erragadda, Red Hills, Chanda Nagar, Nilofer Hospital, Basavatarakamma Cancer Hospital and Gachibowli.

Murali, a caretaker of community refrigerator at Jubilee Hills Check Post, said it was installed a week ago and 8 to 10 people are having food every day.

Ravi Babu, a labourer, thanked the government for providing free food and said that he used to stay empty stomach in the afternoons and because of the refrigerator he could eat food in the afternoons. Satyanarayana, another laborer, said that food is tasty and also fills his stomach. J Shiva, washerman, thanked the government for thinking about the people like him and providing them free food.