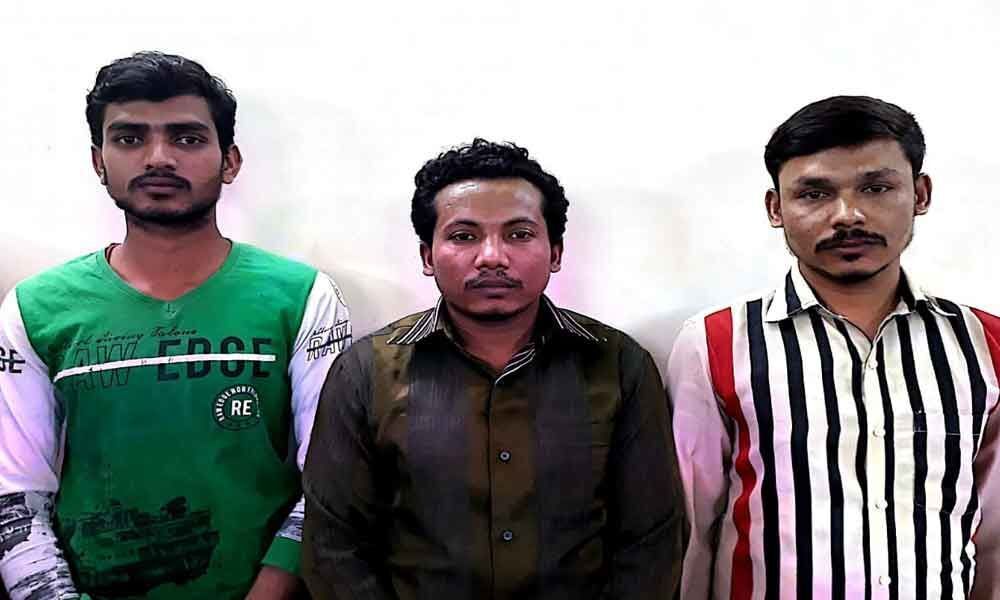 Hyderabad: Hyderabad South Zone Task Force sleuths along with Bahadurpura police on Wednesday arrested three Myanmar refugees (Rohingyas) who had illegally obtained documents meant for Indian citizens. According to police, the accused had secured Indian voter cards, ration cards, Aadhaar cards and other ID proofs and applied for Indian passport and claiming all welfare schemes introduced by the government.

The accused Mohammed Ibrahim ,25, a mason, Noor ul Ameen ,34, mason and Shaik Azhar ,28, an electrician had migrated to India and residing in NM Guda in Bahadurpura locality and in Kishanbagh of Rajendranagar. They reached India from Myanmar via Bangladesh. The most-sought-after places for such illegal immigrants are Bihar, Jammu and Kashmir and Hyderabad.

The accused first obtain voter cards and driving licences by submitting the electrical bill. Once they obtain the voter card, they apply for Aadhaar, ration card, PAN and other ID proofs. Finally, they apply for the passport to legalise themselves in India as Indian citizens.

All through the process they impersonate as Indians by suppressing their personal details and nationality and claiming the welfare schemes introduced by the government for the poor Indians.