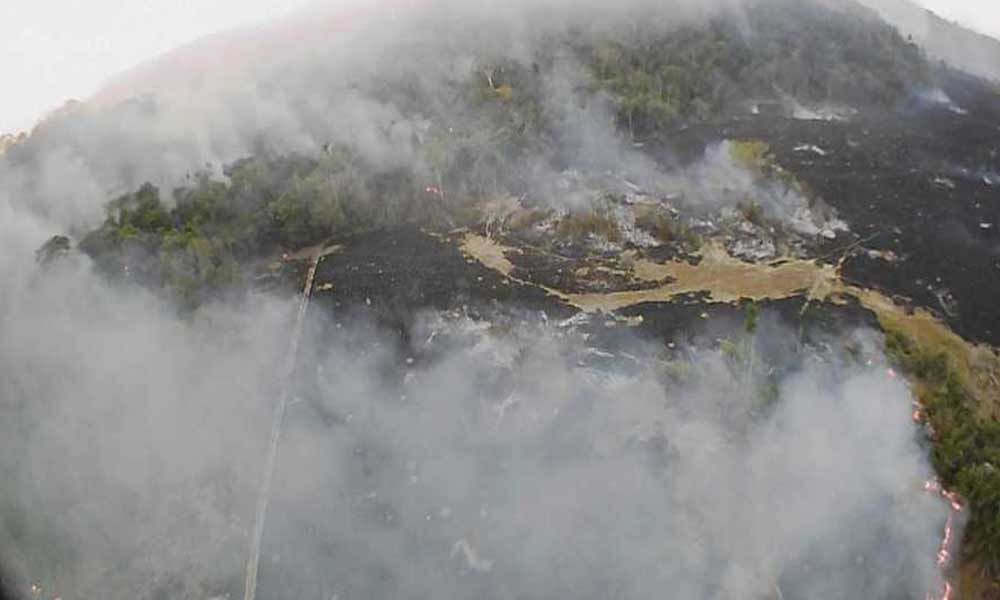 According to a report in the National Public Radio (NPR), Brazilian President Jair Bolsonaro has shown little concern for the situation.

WASHINGTON: With fires in the Amazon rainforest filling the Brazilian sky with smoke, the number of fires in the region this year may have set a new record.

"Although it is not unusual to see fires in Brazil at this time of year due to high temperatures and low humidity it seems this year the number of fires may be record-setting," NASA said on Wednesday.

According to Brazil's space research centre INPE, almost 73,000 fires have been recorded so far this year.

INPE is seeing an 83 per cent increase over the same period in 2018.

According to a report in the National Public Radio (NPR), Brazilian President Jair Bolsonaro has shown little concern for the situation.

Bolsonaro, who took office in January, has repeatedly lambasted Brazil's environmental regulations as an impediment to economic development, and under his tenure environmental agencies have seen diminished staff and funding, said the report.