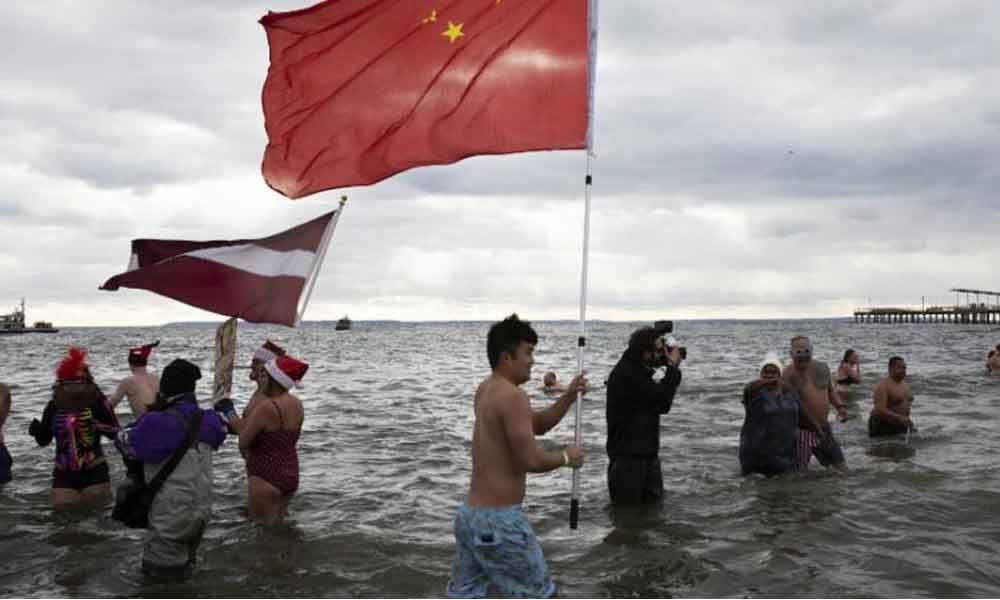 New York: 2020 began in frigid fanfare for hundreds of people who splashed through the Atlantic Ocean during the annual Coney Island Polar Bear Club Plunge.

The weather was chillier than last year, when the mercury rose unseasonably high into the upper 50s (13 to 15 Celsius).

The event dates to 1903 and raises money for various charities.