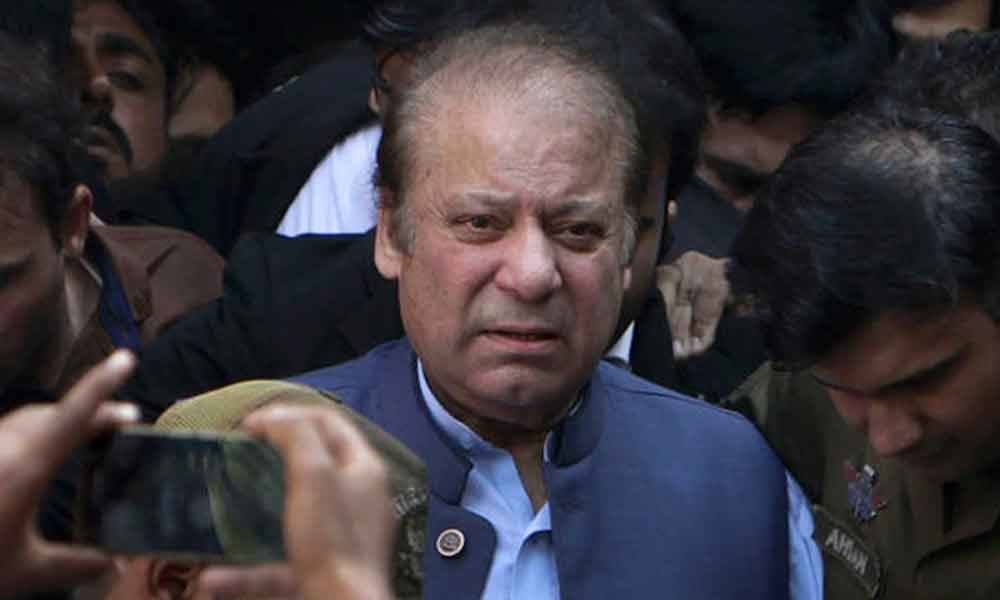 Ailing former Pakistan prime minister Nawaz Sharif, under treatment in London, will be hospitalised soon for a cardiac procedure as the doctors have...

Islamabad : Ailing former Pakistan prime minister Nawaz Sharif, under treatment in London, will be hospitalised soon for a cardiac procedure as the doctors have failed to determine the real cause for his low blood platelet count, according to a media report.

The 69-year-old PML-N supremo had left for London on November 19 in an air ambulance to seek medical treatment, a month after he was released on bail from a seven-year prison sentence for corruption.

Sharif is undergoing treatment of multiple diseases including coronary artery disease (CAD). The CAD is the narrowing or blockage of the coronary arteries due to which the heart does not receive the blood it needs, leading to acute chest pain and, in some cases, a fatal heart attack.

Sharif will be admitted to a hospital in London soon for a heart procedure, The News newspaper quoted a source at the UK's Royal Brompton Hospital as saying on Friday.

The cardiologists have advised Sharif that he must have a heart procedure. Sharif has been advised that it will be determined within a week whether he will need a heart operation, bypass, or a heart stent, the report said.

Two weeks ago, Sharif's personal physician Adnan Khan had said that doctors were going through the whole medical history of the former prime minister and have recommended that he requires a cardiac intervention.

Last month, Simon Redwood, a cardiovascular interventionist at the London Bridge Hospital, had said Sharif should be admitted in a hospital for heart procedure.

It is understood that the real cause of low platelet count of Sharif is still not determined, the report said.

Last week, doctors at the Royal Brompton Hospital told Sharif that his cardiac Positron-emission tomography (PET) scan suggested ischemic myocardium, partial or complete blockage of a coronary artery by a buildup of plaques, and blood supply to heart was deficient which is a risk for heart attack and also a cause of his ongoing angina, a type of chest pain caused by reduced blood flow to the heart.

Khan was not available for comment on the report of Sharif's possible hospitalisation, the report said. Sharif was shifted from jail to the Services hospital in Lahore in October after his health condition deteriorated. Doctors then recommended him to get treatment abroad.

The Pakistan government allowed Sharif's travel for medical reasons but put the condition that he submit an indemnity bond as a guarantee that he would return to the country after getting treatment.

He, however, rejected the condition and challenged it in courts. Sharif was granted bail by the Islamabad High Court on humanitarian grounds in the Al Azizia case and by the Lahore High Court in the ongoing Chaudhry Sugar Mills case, in which he is a suspect.