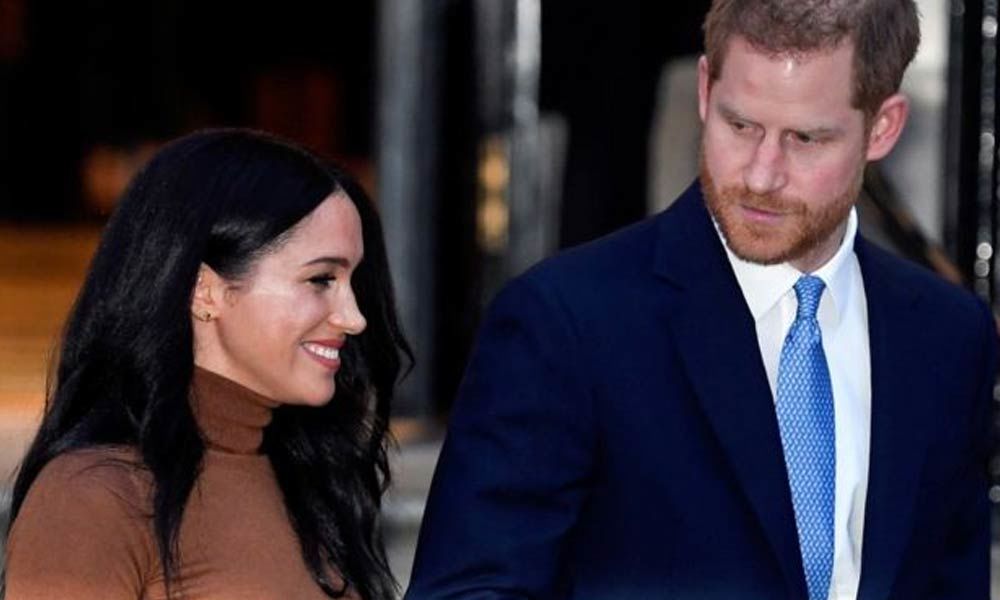 At the end of March Prince, Harry and Meghan will formally quit their roles as working members of the royal family.

At the end of March Prince, Harry and Meghan will formally quit their roles as working members of the royal family.

British Prince Harry and his wife Meghan have opted not to use the word "royal" in their branding after starting a new life in Canada after they have decided to step back from royal duties. and The announcement follows weeks of talks between the couple and the royal family in Britain about how they will show themselves to the world in the future.

Last month, the couple agreed with Harry's grandmother, Queen Elizabeth, that after their surprise announcement that they wanted to carve out a "progressive new role" which they hope to finance themselves, they would no longer be working as royals.

It has been decided that their non-profit organization will not be called Sussex Royal Foundation when it is revealed this Spring, "said a spokesperson for the couple.

"The Duke and Duchess of Sussex have no intention of using' SussexRoyal' in any post-Spring 2020 territories." Harry and Meghan are using the name heavily as things stand.

The couple's Instagram account, which has 11.2 million followers, uses the SussexRoyal brand, as does the couple's website that they used to announce they were trying to become more independent. Those need to be rebranded now.

They have sought to register the Sussex Royal and Sussex Royal Foundation terms for use in books, stationery, garments such as pajamas and boots, voluntary campaigns and training, sport and social care provision. The applications for the trademark which were submitted were withdrawn, the spokeswoman said.

In Britain, the couple's future role was the subject of intense public scrutiny. The degree to which the couple should be able to market the royal brand while living independently, at least partly abroad, has been discussed a lot.

Prince Harry and Meghan announced earlier this week that they would officially leave their positions as working members of the royal family in late March.

Harry spoke of his disappointment at being forced to abandon his royal duties, saying that if he and Meghan, an American actress, were to pursue an independent future away from stifling media interference, there would be no other choice.

Under the contract, Harry will remain a prince and the pair will maintain the names of their Duke and Duchess of Sussex while they begin a new life segregated between Britain and North America, where they spend most of their time.