Adityanath does not know anything: Akhilesh 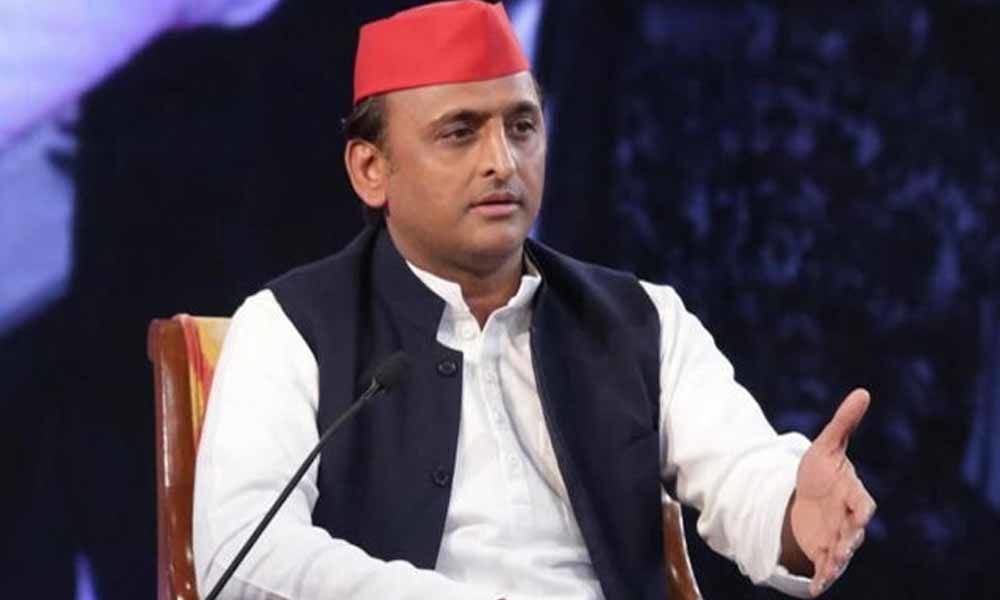 Akhilesh Yadav described the BJP and the Congress as "one and the same" and cautioned his party workers to not get confused by them.

Lucknow: Samajwadi Party chief Akhilesh Yadav on Friday mocked Yogi Adityanath for his "Muslim League is a virus" remark, wondering whether the Uttar Pradesh chief minister has been affected by one and said the firebrand Hindutva leader "does not know anything". "He talks of a virus. He doesn't know anything. He only knows how to betray people," Yadav told reporters when asked about the remark.

In a tweet this morning, Adityanath said "Muslim League is a virus" and the principal opposition party, the Congress, has been affected by it. He urged people to "think" about the consequences of the Congress winning the general election. "This virus will spread in the entire nation."

Mocking the chief minister, Yadav wondered whether Adityanath "has got it (the tweet) written by a virus". "Does he have one?" he asked. The Congress, too, has retorted that it was Adityanath who has a "virus" and that it would be "eradicated" in the election starting April 11.

By Muslim League, Adityanath was apparently referring to the Indian Union Muslim League, a long-time ally of the Congress-led United Democratic Front in Kerala, equating it with the pre-Partition party Muslim League which was arguably responsible for creation of Pakistan.

At the press conference to release his party's "vision document" for the election, Yadav suggested Adityanath was making controversial statements to divert public attention from development-related issues. "There is zero development on the ground, there is zero investment in the state. This all is to divert the attention. The training is given to them (BJP)," he said. "BJP's virus has eaten the income of farmers and employment of youths," he alleged. He also described the BJP and the Congress as "one and the same" and cautioned his party workers to not get confused by them.

Asked about the BJP fielding Bhojpuri actor Dinesh Lal Yadav "Nirahua" against him, Yadav said, "We have affection and attachment with people of Azamgarh. They will not get trapped in the conspiracy of BJP." Yadav's government had presented Yash Bharti award to Nirahua.

On the controversy surrounding the NaMo TV launched by the BJP after the model code came into effect, Akhilesh Yadav said he has stopped watching TV channels but he too will launch a channel of his own in future. "They (BJP) have shown the way. We will also bring a channel. I am thinking about it," Akhilesh Yadav said on NaMo TV.