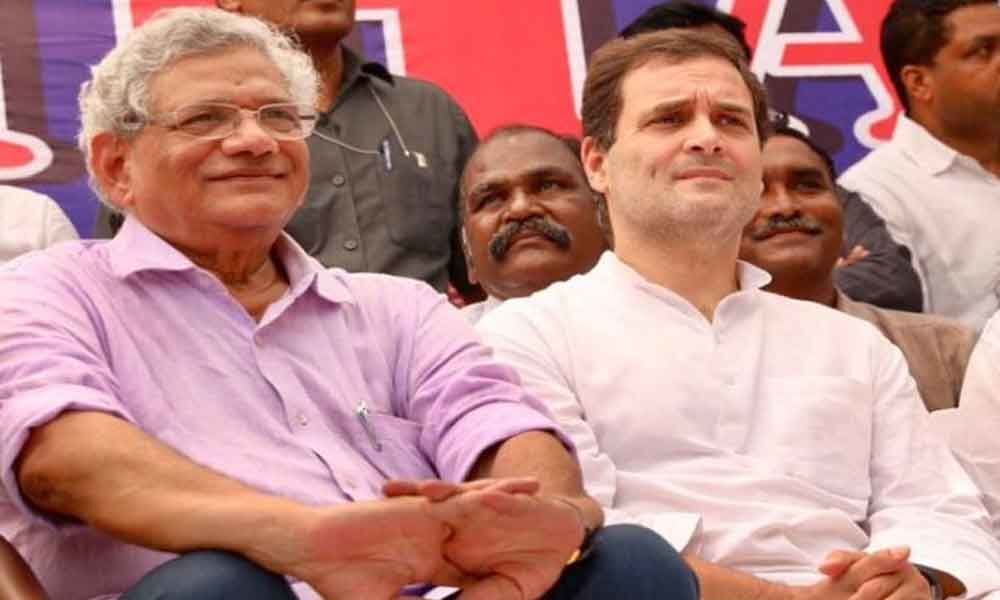 Vivek Champanerkar has sought Rs 1 each from Gandhi and Yechury as token compensation.

Thane: A Thane court on Tuesday summoned Congress president Rahul Gandhi and CPI-M general secretary Sitaram Yechury to appear before it on April 30 in a civil defamation suit filed by an RSS activist against them for alleging a RSS hand in the murder of journalist Gauri Lankesh.

Vivek Champanerkar has sought Rs 1 each from Gandhi and Yechury as token compensation, claiming that the duo "defamed" RSS by linking it to Lankesh's murder.

Lankesh was murdered outside her residence in Bengaluru on September 5, 2017.

A Mumbai court is also hearing a criminal defamation case filed by RSS activist and lawyer Dhrutiman Joshi against Gandhi and Yechury over the same issue.

Joshi has said that Gandhi, after the scribe's murder, criticised RSS and said,