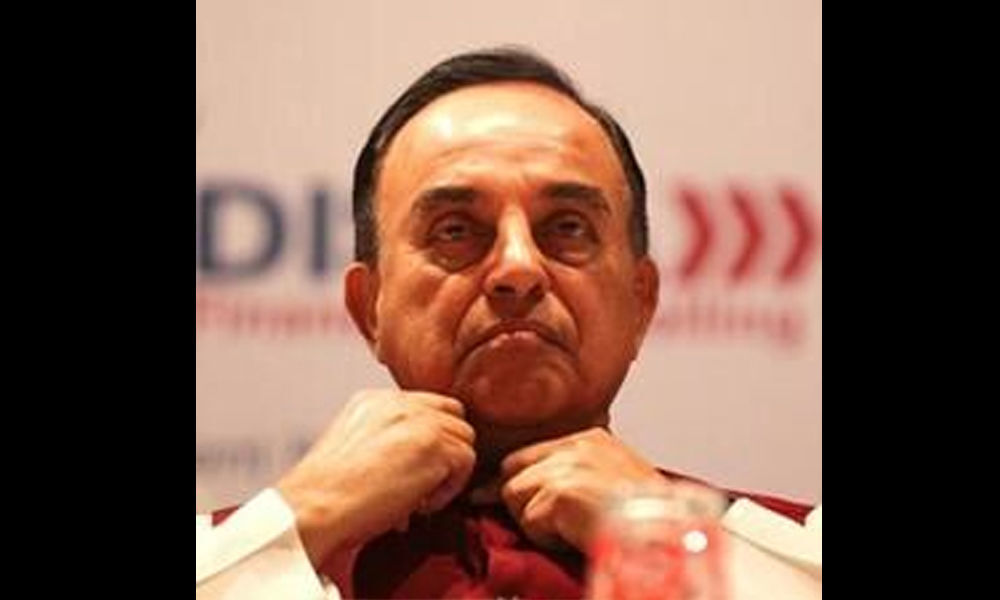 New Delhi: BJP MP Subramanian Swamy on Sunday said that he has not added prefix 'Chowkidar' to his name on Twitter because he is a Brahmin....

New Delhi: BJP MP Subramanian Swamy on Sunday said that he has not added prefix "Chowkidar" to his name on Twitter because he is a Brahmin. Subramanian Swamy made the comment while giving an interview to a Tamil channel.

He said that he did not change his name to Chowkidar Subramanian Swamy on Twitter because he is a Brahmin and hence, cannot be a Chowkidar. The video clip is now going viral on social media.

"I cannot become a Chowkidar because I am Brahmin. Brahmins can't be chowkidars. It's a fact. I will give orders that the Chowkidars have to execute. That's what everyone expects from the appointed Chowkidars. So, I cannot be one," Subramanian Swamy said.

The Bharatiya Janata Party MP's shocker has come days after Prime Minister Narendra Modi added "Chowkidar" to his Twitter handle name in an attempt to step up the "Main Bhi Chowkidar" campaign.

Meanwhile, Surendranagar MP Devji Fatehpara in Gujarat, who was denied a ticket by the BJP for the Lok Sabha polls, blamed two party colleagues for his ouster. The BJP replaced him with Mahendra Munjpara. Fatehpara said he had been denied a ticket at the behest of former minister Jayanti Kavadiya and MLA Dhanji Patel, a charge both of them denied.

"Both of them brought in Munjpara because they wanted someone who is obedient, someone who follows their orders," Fatehpara told reporters in Rajkot.

While Kavadiya, a former MLA from Dhragandhra seat of Surendranagar, was a minister in the state government prior to 2017, Dhanji Patel won the 2017 Assembly polls from Wadhwan. "The BJP has done injustice by denying me a ticket."