JD-U to go it alone in Assembly polls outside Bihar 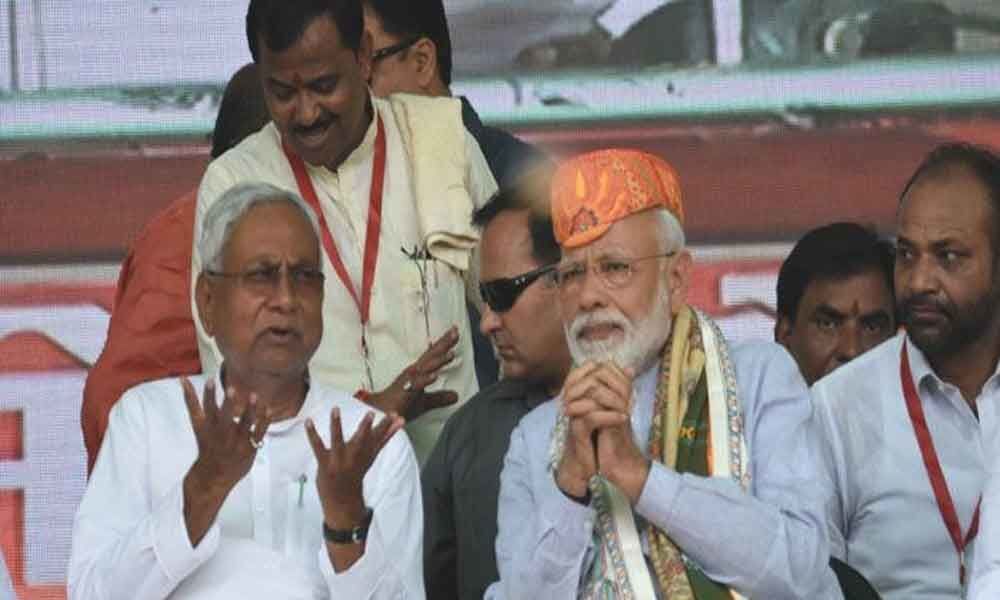 The Janata Dal-United (JD-U) on Sunday decided not be a part of the BJP-led National Democratic Alliance outside the Bihar.

Patna: The Janata Dal-United (JD-U) on Sunday decided not be a part of the BJP-led National Democratic Alliance outside the Bihar.

At its national executive meeting held at the official residence of JD-U chief Nitish Kumar here, the party also decided to go it alone in the upcoming Assembly elections in Jammu and Kashmir, Jharkhand, Haryana and Delhi.

The decision is being seen as Bihar Chief Minister's reply to the BJP after JD-U opted out of the new government at the Centre last month, reportedly as it was offered just one seat in the Cabinet appointments.

The JD-U as NDA ally won 16 of the 17 seats it contested in the Lok Sabha polls in Bihar.

Sunday's JD-U meeting was chaired by Nitish Kumar and attended by party vice president Prashant Kishor, state presidents and other top leaders, including MPs and MLAs.

Sources said Nitish Kumar appealed to JD-U workers and leaders to strengthen the party outside Bihar and focus on its month-long drive to recruit new members. The last membership drive was held three years ago in 2016.

The JD-U plans to strengthen the party from the panchayat to the national level by inducting new members. Last year, the party had set a target of inducting 50 lakh new members.