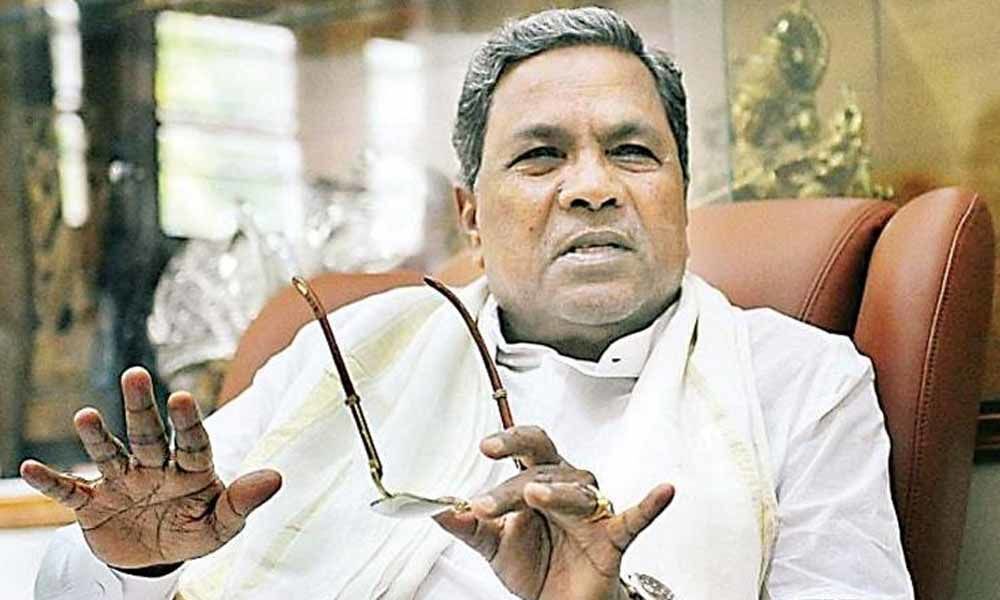 New Delhi: Congress leader and former Karnataka chief minister Siddaramaiah on Wednesday hit out at the Bharatiya Janta Party (BJP) for not including any Dalit Member of Parliament (MP) from the state in the Union Cabinet.

Expressing his angst against the BJP on Twitter, Siddharamaiah tweeted in Kannada to say: "Empowerment of Dalits will not take place only through big talks. In the last elections, several BJP leaders won from the reserved seats in the state. Congratulations to them for their victory. But not even a single Dalit MP got representation in the Union Cabinet. What's more unjust and unfair than this?"

The Lok Sabha members from Karnataka inducted into the Union Cabinet are Pralhad Joshi, who is Union parliamentary affairs minister, D V Sadananda Gowda who is Union chemicals and fertilizers minister and Suresh Angadi who is a minister of state for railways.