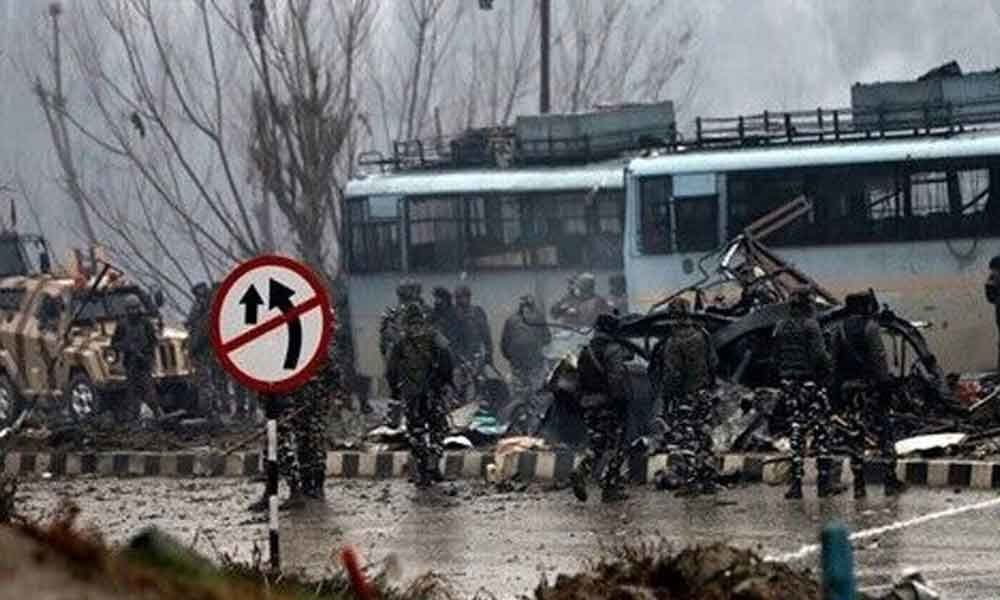 CRPF convoys moving to and from the Kashmir Valley will now be commandeered by a higher SP-rank officer and a single motorcade will not have more than 40 vehicles at any point of time, the paramilitary force has ordered in the wake of the Pulwama terror attack that killed 40 troops during a similar movement.

New Delhi: CRPF convoys moving to and from the Kashmir Valley will now be commandeered by a higher SP-rank officer and a single motorcade will not have more than 40 vehicles at any point of time, the paramilitary force has ordered in the wake of the Pulwama terror attack that killed 40 troops during a similar movement.

PTI has accessed a set of new standard operating procedures (SOPs) issued by the force headquarters in Delhi for vehicle-mounted movement of troops in Jammu and Kashmir, and it has also been ordered that the 'passenger manifest discipline' for each vehicle in the convoy be strictly adhered to.

Amongst the first set of changed SOPs is the move to depute a second-in-command rank officer (equivalent to Superintendent of Police rank) of the force to lead the convoy instead of the current practice of a junior Assistant Commandant-rank (Assistant SP) officer heading the entourage.

This is to ensure that the convoy is led by an experienced and senior officer who will have a better understanding and strategy to manoeuvre the convoy to and from the Kashmir Valley which is operationally very sensitive due to terrorist acts and IED threats, official sources said.

This will also upgrade the accountability hierarchy and the new convoy commander will now directly report and co-ordinate with one of the three Central Reserve Police Force Deputy Inspector General (operations) based in Kashmir. Till now, the convoy commander or the Assistant Commandant used to report through the Commandant to their higher-ups.

The convoy commander usually travels in the lead in a communications gadget-fitted vehicle comprising armed troops for quick reaction. It has also been decided that the convoy strength will not go beyond 40 vehicles in any case and "all possible efforts" will be made to essentially keep the number of vehicles in a motorcade to the least possible of about 10-20 for effective management and control, they said.

A CRPF bus in the fifth position of a 78 vehicle convoy was targeted by a Jaish-e-Mohammad (JeM) suicide bomber after he detonated his explosives-laden SUV near it on the Jammu-Srinagar highway in Pulwama on February 14. The over 2,500 personnel strength convoy was being commanded by an AC-rank officer and all 39 personnel in the ill-fated bus and a sub-officer stationed on the ground, as part of a road sanitisation party, were killed in the deadly blast.

The force undertook a huge and time-taking task of identifying the bodies of its slain personnel as the blast had blown the bus and its occupants to smithereens making it difficult to identify the mortal remains as it is understood that some men changed their vehicles when the convoy last halted.

It has, sources said, hence been decided that all those who are allotted a seat in the vehicle will scrupulously stick to the seating plan and re-board the same bus or truck after the convoy resumes post a refreshment break. A sub-officer in the rank of an Inspector or a Sub-Inspector will be responsible for ensuring that the passenger manifest of each vehicle remains intact, they said.

The convoys will also have a changed strategy of having bullet-proof mobile bunkers which are always deployed at frequent gaps in the motorcade for any armed offensive or defensive action in case of an attack. Also, each vehicle in the convoy will have armed security personnel as usual, but their numbers and position will be changed dynamically and as per operational requirements, they said.