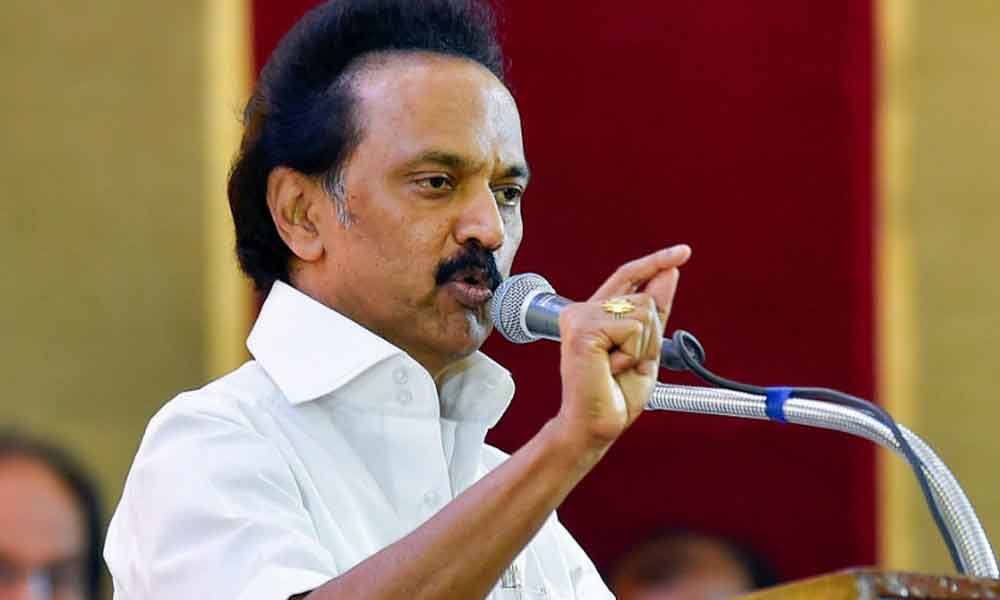 He alleged that the support showed the 'double standards' of the 'dual leadership' of the AIADMK.

Chennai: DMK President M K Stalin on Friday flayed arch rival AIADMK for supporting the triple talaq bill in the Lok Sabha and alleged that the ruling party has become one with BJP's ideology and a "clone" of the saffron party.

Questioning AIADMK for changing its stand on the Bill, which it had opposed vehemently in Parliament last December, the DMK chief accused AIADMK top leaders K Palaniswami and O Panneerselvam of handing over their party to the BJP on a "perpetual lease."

AIADMK's lone MP in Lok Sabha P Raveendranath Kumar had backed the Bill on Thursday, saying it was not a matter of majority or minority, but one that concerned humanity.

Citing the AIADMK MP's remark, Stalin said it was an "artificial justification" for the change in stance and condemned it.

He alleged that the support showed the "double standards" of the "dual leadership" of the AIADMK.

Also, AIADMK's refrain to never compromise on the rights of minorities was only "lip service" and the support to the talaq Bill exposed the ruling party becoming one with BJP's ideology, he said.

To function on the lines of the ideology of the BJP and RSS, there was no need for the name of AIADMK founded by late leader M G Ramachandran, he said.

"Palaniswami and Panneerselvam could join the BJP and should at the least from now on stop deceiving the Tamil Nadu people by having the separate name of AIADMK," he said.

Also, AIADMK supported the amendment Bills to the Motor Vehicles and the Right to Information Acts in Parliament and by doing "became the very clone of the BJP," he said.

The Lok Sabha on July 25 passed the bill to ban triple talaq, with the government asserting that the law was required as hundreds of cases of instant divorce have come to the fore despite the Supreme Court striking down the practice.