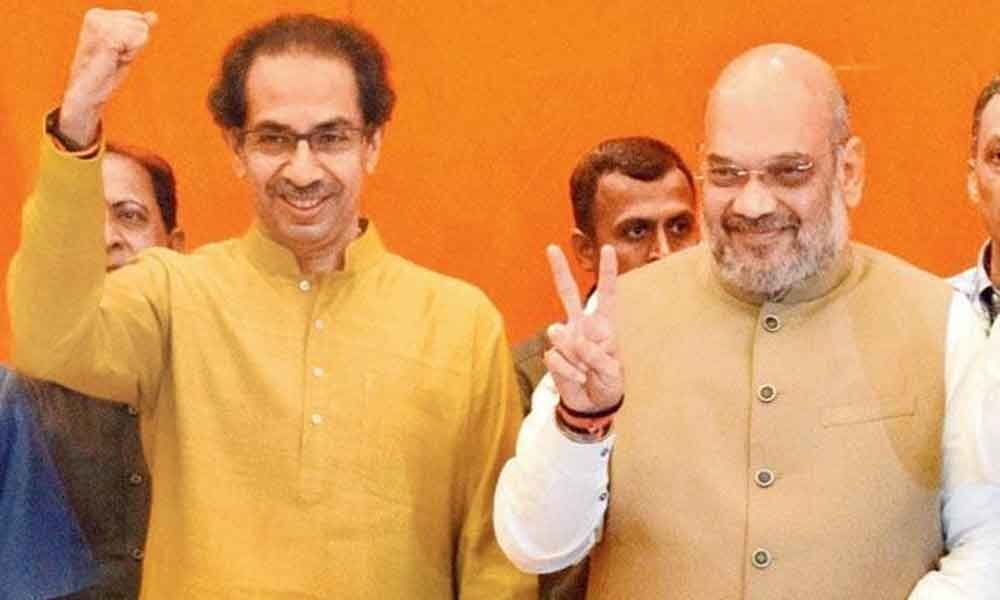 Maharashtra will go to polls in the first four phases, beginning April 11.

Mumbai: Shiv Sena chief Uddhav Thackeray will accompany BJP president Amit Shah tomorrow during his nomination filing in Gandhinagar, in a show of strength of the NDA alliance.

"Amit Shah called Uddhav Thackeray and extended a special invitation, requesting our party chief to accompany him at the nomination in Gandhinagar. He (Uddhav) accepted the nomination and he is going to Gandhinagar tomorrow, in a show of strength of the NDA alliance," Shiv Sena spokesperson Sanjay Raut told ANI.

Shah, who is a Rajya Sabha MP, is set to contest the Lok Sabha elections for the first time. He has been fielded from the Gandhinagar constituency, which is currently being held by BJP veteran leader LK Advani.

On February 18, the BJP and its NDA ally Shiv Sena had announced the seat-sharing deal in Maharashtra. According to the agreement, the BJP will fight on 25 seats and Shiv Sena on 23 seats.

In the 2014 Lok Sabha elections, the BJP won 23 seats while the Shiv Sena garnered 18 seats. The NCP and Congress won just four and two seats, respectively.

Maharashtra will go to polls in the first four phases, beginning April 11. Results will be announced on May 23.