Umesh Jadhav will contest polls from Kalaburagi against Kharge: Yeddyurappa 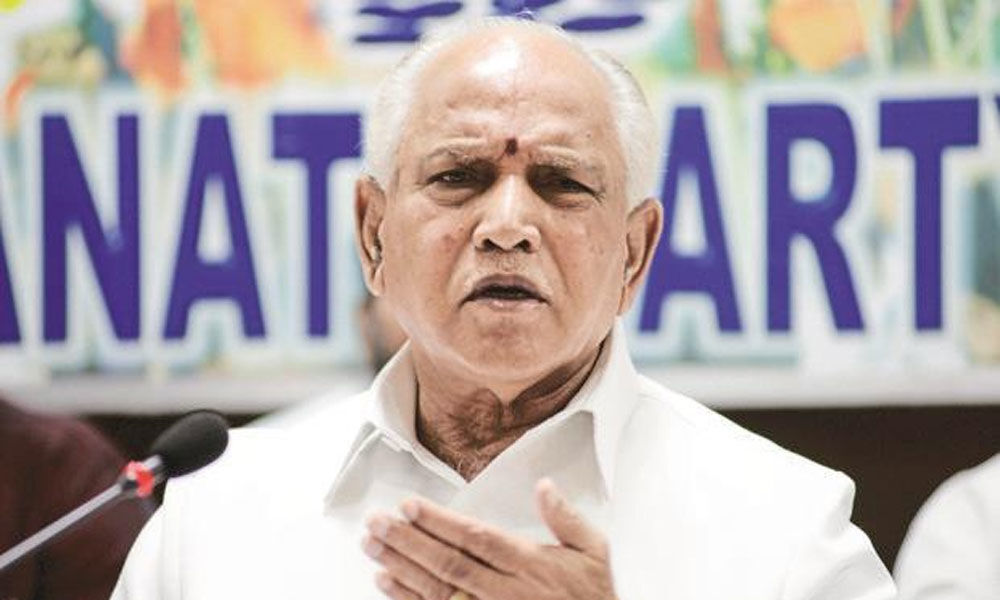 However, the former Karnataka chief minister said the final decision will be taken by party high command.

"Dr Umesh Jadhav will contest elections from Kalaburagi against Congress leader Mallikarjun Kharge and Tejaswini Ananth Kumar is likely to contest from Bengaluru South. The final decision will be taken by party high command," he said at a press conference here.

It is worth mentioning that Tejaswini Ananth Kumar is the wife of late former Union minister Ananth Kumar, while Jadhav had recently quit the Congress and joined the BJP.

Jadhav, a two-time legislator from Karnataka's Chincholi constituency, was among the three Congress MLAs who went "missing" last month. Thereafter, Congress had recommended their disqualification to the assembly speaker.

At the press conference, Yeddyurappa told media here that the BJP can win 28 Lok Sabha seats in Karnataka on three issues-achievements of Modi government, failures of Karnataka government, and successful campaign and work of Bharatiya Janata Party workers.

"I am confident that failure of the state govt and the successful policies of central government will give us at least 26 seats in Karnataka," he said.

Stating that Prime Minister Narendra Modi has fulfilled all the promises made by the BJP, Yeddyurappa said: "Five years ago, Narendra Modi has fulfilled all his promises -- corruption free country, development and enhance security and international relations. After the dastardly Pulwama attack, the international community stood with India and condemned Pakistan. This shows that India has succeeded in maintaining diplomatic ties with countries like the US and China."

"Narendra Modi was recognised and felicitated by the United Nations, Palestine, France and several other nations. Every scheme of the Prime Minister starting from Ujjwala scheme to Jan Dhan Yojna has helped the deprived sections of the society," he added.

Yeddyurappa further confirmed that four to five rallies of Prime Minister Modi will be held in Karnataka ahead of the forthcoming Lok Sabha elections.

Seven-phased elections in the country will begin on April 11 and will go on till May 19. Counting of votes will be done on May 23. Karnataka will go to polls on April 18 and 23.