Will vote for party which brings my son back: Missing JNU student Najeeb's mother 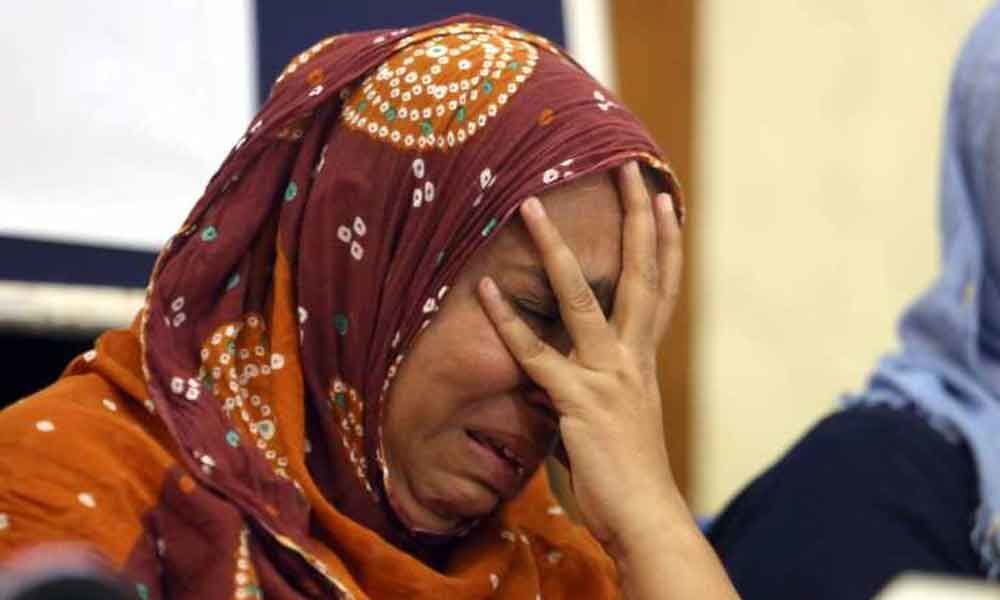 Nafees, a resident of Badaun in Uttar Pradesh which goes to poll on April 23, said representatives of various parties visit her house but they only express "sympathy".

NEW DELHI: The only poll promise Fatima Nafees, mother of missing JNU student Najeeb Ahmad, is cooking for is an assurance from political parties to bring her son back.

Nafees, a resident of Badaun in Uttar Pradesh which goes to poll on April 23, said representatives of various parties visit her house but they only express "sympathy".

"I am not looking for those who sympathise with me. I am only looking for those who will assure me that they will bring my son back. That is what I tell representatives of various parties who visit our house. I will cast my vote only for the party which assures me that. I have been appealing that its the BJP government which could not trace my son and people should not vote for it," she said.

Najeeb Ahmed, a first-year MSc student of the Jawaharlal Nehru University has been missing since 2016 after an altercation with students on campus. In October 2018, the Central Bureau of Investigation closed the case after the agency failed to trace him. "What is CBI doing, what are intelligence agencies for if they cannot trace an innocent child. What will they do for the country's security?" Nafees said.

"Water, electricity, other facilities, everything is secondary for us. We only want Najeeb," she said. She said her husband, who is a carpenter and has been pinned to bed ever since Najeeb went missing, also has similar hopes. Nafees had travelled to Bihar's Begusarai when former JNU Student Union president Kanhaiya Kumar filed his nomination, a move which attracted criticism on social media that she was doing politics.

"I did not go there to do any politics. I went there as a mother. Kanhaiya stood by me like a son when Najeeb went missing, its time I stand by him as a mother. But blessings is all I have to offer," she said.

Badaun is one of the 80 parliamentary constituencies of the state of Uttar Pradesh. The BJP has nominated Sangh Mitra Maurya from the constituency. The Congress has fielded Saleem Iqbal Shervani while the Samajwadi Party has reposed faith in its sitting MP Dharmendra Yadav.