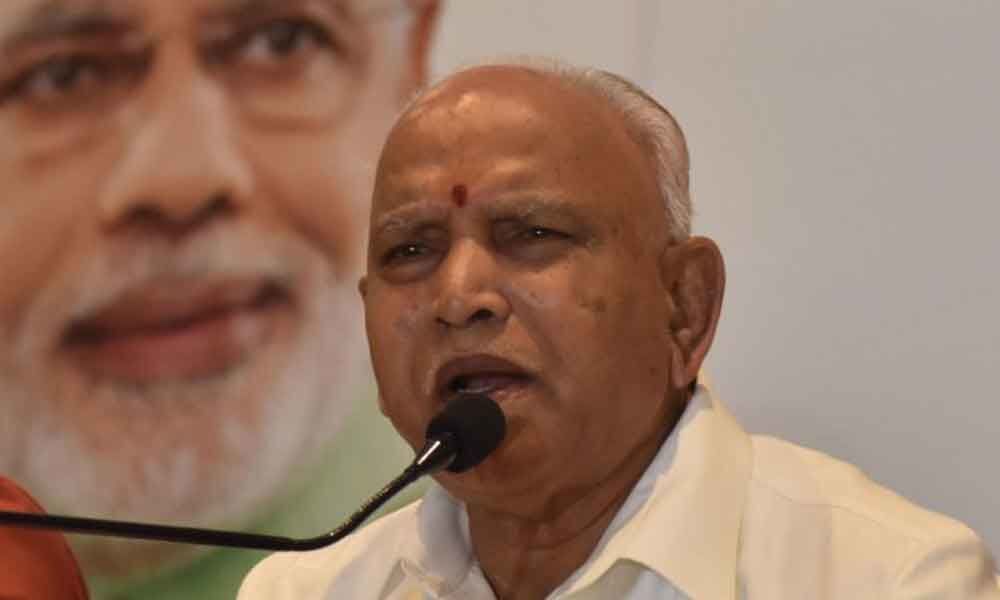 Raghavendra, a sitting MP, is pitted against another former CM S Bangarappa’s son Madhu Bangarappa, who is the JD(S) candidate from Shivamogga.

Raghavendra's wife Tejaswini, BJP Shivamogga district unit president S Rudregowda, former deputy chief minister KS Eshwarappa, his brother BY Vijayendra and others accompanied him. "The BJP will win more seats across the country as everyone wants to see Narendra Modi back as the Prime Minister," told, Raghavendra, after filing his nomination.

As the process for the second phase of polls in the state was set in motion, Raghavendra was among 15 candidates who filed nominations on Thursday. A total 15 candidates filed 20 nominations.

Raghavendra, a sitting MP, is pitted against another former CM S Bangarappa's son Madhu Bangarappa, who is the JD(S) candidate from Shivamogga.

Earlier in the day, Raghavendra performed special pujas at the Huchcharaya Swamy temple in Shikaripura, which is his hometown. He also visited numerous other temples.